Nuclear plant isolation in a mound

A radical alternative to complete decommissioning of a remote nuclear power plant is to bury it under a hill of sand. A demonstration of this idea is being considered for the built, but never used, structures of the cancelled Voronezh NPP in Russia. By S.V. Korovkin and E. V. Tutunina 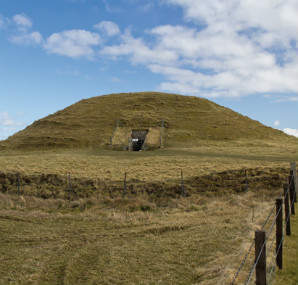 Today the most socially acceptable solution of nuclear power plant decommissioning is to a Greenfield state: to remove the buildings and radioactive contaminants to the point where the site can be used for any purpose. This is difficult to implement for two reasons. Firstly, the cost of dismantling of NPP equipment and its structures, transportation of the dismantled structures and arrangement of a repository for their burial is estimated to be at least half of the cost to construct a similar-scale nuclear plant. Such funds may not be easily raised both in developing and developed countries. Secondly, it turns out to be practically impossible to choose a repository site because of strong opposition from the local public.

We believe that the only solution to this problem is isolation of shut-down NPPs in-situ by covering them with layers of inert materials, resulting in the formation of a mound. In this case, the reactor building itself becomes a repository that holds solid radioactive waste generated over the time that the unit was in operation. Spent nuclear fuel would be shipped out of the site.

We deliberately avoid using terms such as ‘burial’, ‘final isolation’ and ‘repository’ when describing this concept, in order to prevent any contraventions of the existing legislation on management of radioactive waste and use of nuclear power.

As demonstrated by historical experience, mounds are exceptionally stable structures and retain their shape for thousands of years.

"As demonstrated by historical experience, mounds are exceptionally stable structures and retain their shape for thousands of years."

A layer of inert materials several meters thick guarantees secure protection against ionizing radiation and unauthorisedaccess to the structures in isolation. The structures inside the mound are also inaccessible to ground water (as they are protected from above, and are situated above the water table), thus providing a solution to a problem that is characteristic of underground solid radioactive waste repositories. Another advantage offered by this shut-down NPP isolation technology is its reversibility.

The ‘green mound’ concept would proceed according to the following stages:

The practicalities of backfilling

The main risk to isolation of a reactor building inside a mound is potential collapse of structures under the weight of inert materials that form the mound. In order to prevent that from happening, backfill of the outside of the building must be performed at the same time as backfill of the inside.

The best-suited material to backfill the inside of the building is quartz sand. However, loose materials poured from above fail to provide complete backfill of the internal volume, as the natural sloping angle for dry sands is 30°. This may result in the eventual collapse of building structures under the weight of inert material (Figure 2). In order to provide complete backfill of the inside of buildings, NIKIMT-Atomstroy has developed a rotor-based backfilling technology, which has been demonstrated at an experimental test rig, Mound 1 (Figure 3). Thanks to the rotating action, sand is thrown towards the walls of the room, providing complete backfill.

"The most suitable facility for demonstration of the concept is the never-completed Voronezh nuclear heating plant, partly built during the 1980s"

The next stage of on-going efforts to further advance the ‘green mound’ concept is field-testing of the technology. The most suitable facility for demonstration of the concept is the never-completed Voronezh nuclear heating plant, partly built during the 1980s. The reactor building includes a water-cooled water-moderated reactor with natural circulation and 500 MW of thermal power. The construction was abandoned in the early 1990s, with many civil structures no longer fit for any purpose. After a feasibility study has been conducted, an official proposal will be submitted to Rosatom top management.