Half way – a review of post-Fukushima actions

After worldwide calls to action came in the wake of the tsunami that devastated Fukushima Daiichi in March 2011, nuclear power plants have been shoring up their defences for more than a year already. Much has already been accomplished; many projects are only months away from realization. By Will Dalrymple 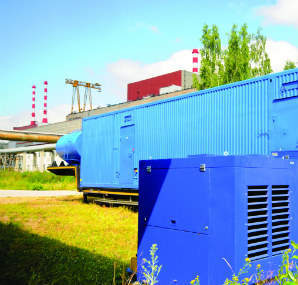 At some point last year, the post-Fukushima planning stage subtly gave way to the actions themselves. The first post-Fukushima action plan, from the IAEA, was launched in September 2011. This time last year, in Europe, the ‘stress test’ peer review of nuclear power plant safety was winding up with the formal publication of country reports. Nuclear countries prepared national reports for the IAEA’s convention on nuclear safety extraordinary meeting in August. Japan nationalized TEPCO and instituted a new nuclear regulator. China’s halt on new-nuclear construction post-Fukushima ended in October 2012.

Compared with the media coverage over the first year, up to and including the first anniversary in spring 2012, it has been a quiet time, during which utilities have been trying to complete their post-Fukushima tasks without being distracted from daily operations.

The end of 2013 marks the deadline for many countries’ medium-term actions; these are more significant accomplishments than the short-term actions, and have required more attention than the long-term actions still to come. For this reason, we say that the post-Fukushima process has reached the half-way point. One of the next big milestones will occur in spring next year, when another Convention on Nuclear Safety conference is scheduled by the IAEA.

The OECD Nuclear Energy Agency (NEA) has also been involved in the post- Fukushima response, and has organized a number of events/workshops. It plans a one-day seminar in June on defence-in-depth and is currently drafting a report on its post-Fukushima work and the work of member countries for publication in 2013.

Our country-by-country report aims to give an overview of actions taken in most countries with operating nuclear power plants. It is split into three parts: