Dennis Schurman discusses the issue of training in the hydro power industry, and reflects on whether enough is being done to make sure that professionals have the skills and knowledge needed to operate a plant without being overly reliant on machines 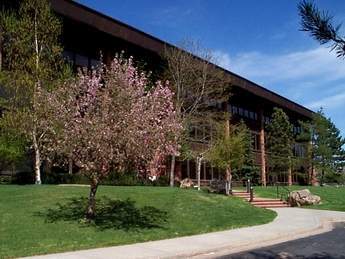 It is easy to take for granted some of the basic services in life. For example, we usually expect water to flow from the tap when we open it. When we drive across town we can usually rely on traffic signals working to aid the flow of traffic allowing us to meet our appointments. However, once in awhile, things go wrong. The water for some reason or another is turned off. At a major intersection, traffic lights are out and the results are a chaotic interaction of backed up traffic and angry motorists. What we assume to be there is sometimes not, and it usually causes a negative impact on our life.

The same can be applied to electricity. We assume that when we flick the switch, the lights will come one. When we turn on the oven, it will get hot. But, like the traffic lights, sometimes thing go wrong, and we are left in the dark.

No one would argue with the fact that electricity plays a very important part in our lives and economy. The blackout that occurred on the east coast of the US in 2003 lays testament to the importance of electrical energy. Billions of dollars were lost and millions of lives were negatively affected.

There are many disciplines in the electrical industry that pull together to provide this day-to-day energy. There are power plant operators, mechanics, electricians, linemen, technicians, engineers, marketers, accountants – the list goes on and on. Who is the most important? It depends on the problem. But one thing for sure about alternating current – if there is no generation, then there is no electricity.

While some businesses can afford to be down due to technological malfunction, serious consequences can occur to others. How much reliance should be placed on machines and how much on people? Some people argue that while machines are evolving in their capabilities, humans who operate the machines are becoming mere button pushers with little understanding of the operating abilities and inter-relationships of the machines.

Another troubling trend is that in many hydro power related incidents, the root cause of the incident was linked to the lack of operator knowledge about interdependent equipment. Additionally, operators using Supervisory, Control and Data Acquisition (SCADA) systems can become de-sensitised to plant equipment. They may lose the feel of how equipment operates in normal and adverse conditions. Because of technology and so-called ‘smart systems’ operators are often no longer taught basic theory. When systems fail and the operator has to make decisions that the ‘smart systems’ cannot, the operator is more likely to make poor decisions. Training in both normal and abnormal operating conditions becomes critical in overcoming these concerns.

Does this put our businesses at risk, and if so are these risks manageable? In the US, this question is becoming increasingly more important, due to changing demographics. A high number of retirements are expected in all companies within the next five to 10 years, including the electrical industry. In many utilities over 30% of the operator workforce will be eligible to retire within five years. Can we rely on machines to perform the functions once performed by humans, or should emphasis be placed on recruiting and training the workforce?

Operator retirement, automation, aging equipment, environmental impact and cutbacks in training forced by budget cuts, are all causing some concerns and testing our assumption that our electrical demands will always be met.

The Electric Power Training Center (EPTC), located in Golden, Colorado, US, is the only facility of its kind dedicated to training hydroelectric power plant operators. The facility is unique in that it contains a one-of-a-kind power system simulator. The Miniature Power System (MPS) uses actual power system equipment – the kind that can be seen at power plants and substations. It’s a self-contained, fully operational power system simulator with more than 40 life size panels of operator controls. It includes three generators (operating at 208V), two substations, over 400 miles (643km) of transmission lines, a dispatch centre, and a variety of loads spread throughout the system.

The simulators, built in response to the 1965 blackout on the east coast of the US, were designed to provide students with the capability to experience real-life events in the generation and transmission of electrical energy. Real relays (both analog and digital), bus schemes, metres, switches, variable loads, auxiliaries, etc. have been incorporated into the MPS for realism. Each year, approximately 400 students attend the EPTC from throughout the US, Canada, South America and Europe.

Because each operator has a unique background and existing knowledge base, the EPTC’s Power Plant Operators class starts out the first day with a quiz. This gives the instructor an idea of the knowledge base of each student in the class. Basic understanding of power system principles, synchronous machines, governors, excitation, AGC, mechanics, relays and electronics are measured; and the agenda for that class is customised to fit the needs of the class based on the quiz results. The class format is comprised of three approaches; auditory, visual (using animations), and kinesthetic with hands-on exercise and problem solving scenarios on the MPS. With the recent upgrade to a programmable logic control system, all types of events that can occur to the generation and transmission can be applied during the exercises. After each exercise, a step-by-step explanation of student activity in response to the event is evaluated and discussed to maximise the learning experience. Again in an effort to maximise learning, the class is limited to 12 operators to maintain a high instructor to student ratio.

Moving on from present-day training, just what does the future hold for hydroelectric operators and the industry itself? The good news is that hydroelectric plants are not susceptible to geopolitical swings in petroleum prices; however, that does not mean that issues associated with training hydroelectric operators should be discounted. What are the issues on the minds of the operators? After all, they are the ones we are relying on to fulfil our assumptions.

An agenda item included for each operator class held at the EPTC is a topic called Sharing Perspectives. Each operator is asked to think about and provide his or her opinion on the following three items:

•(1) What are your highest hopes for the future of power plant operators?

•(2) What concerns you most about the future of power plant operators?

•(3) What are the best changes that could be implemented right now to really help power plant operators do their job even better?

Response to question No.1 was somewhat as expected. Approximately 70% responded that their highest hopes were for job security, 24% voiced concerns for more training, and 6% focused on more understanding of management toward their situation – shift work problems and quality of life.

The responses to the first question became clearer as the comments were tabulated from question No.2. Sixty percent responded with major concerns about plant automation. Many plants today are being automated or remotely operated. As some seasoned journeymen retire, they are being replaced with on-site remotely operated computer controls. The many years of e
xpertise of human knowledge is being replaced by processes
programmed into the memory of machines. Seventeen percent voiced concerns about lack of training; another 17% expressed concerns about dwindling staffing levels and 3% said they are not being heard or represented during planning meetings and management issues.

So what are the best changes that could be implemented right now to really help power plant operators? Seventy percent responded with the need for constant training, 13% said add additional staffing; 10% said to get the operators more involved in planning sessions; and 7% said get more up-to-date equipment and training on operating the plant.

Looking to the future

So where do we go from here? The labour force has spoken. What are management views?

Smaller budgets, difficulties in recruiting (particularly at remote sites), and reduced training funds are a few issues faced today by management in the hydro power industry. In addition, the technical skills such as electrical, mechanical and computer engineering are being taught in a stove-piped manner for the most part. Very few engineers entering the job market have a good grasp of how these three types of systems play together in a hydro power generation facility. Combine this lack of
understanding of inter-relationships with the older technology present in many plants, and the risk grows.

In today’s economy, everyone wants to maximise revenues while cutting cost. Companies that don’t create balance between
maintaining or maximising revenues and lowering costs will soon be out of business.

Automation is often viewed as a method to cut cost. After all, computers don’t demand entitlements such as insurance and retirement contributions. If computers don’t operate the way we want them to, they are easily replaced, reprogrammed or
discarded. People require much more care and consequently more expense – although the argument could be made that
computers do require constant care from IT personnel, whose numbers seem to constantly expand.

Do you save money going from human to machine? Machines can respond (and very quickly) to set parameters. They can even anticipate next steps – given the right programming parameters. They cannot, however, hear the sound of a dry bearing or smell burning insulation (at least not yet).

It is clear that operators and managers share a concern about the ability of their companies to continue to operate their hydro plants efficiently and reliably in the future. It is also clear that training is a cornerstone to assure that happens and it is also clear that capturing the knowledge base of retiring employees about the plants they operate and maintain is another key. Machines can provide good indicators, but they are not totally reliable – but people aren’t either. Here is where risk management comes into play.

What level of risk can be placed within a multi-million dollar facility? What level of automation is right? Do we need dedicated operators to back up the automated control systems? Do they need to be on-site? What level of training is needed for these operators? Is it better to maintain operators as a trade-off with automation as a tool, or the other way around? The fact is that there are few operator apprentice programmes in place today. The expense of a multi-year apprentice programme is considerable. Many journeymen operators are eligible for retirement right now and many others within a few years. The future of this craft (as well as many others) is leaning toward automation, so those interested in pursuing such a career is dwindling.

At the same time the value of the power plant is increasing. Electricity is vital to the growth and security of every nation. Whether the power comes from hydro, steam, fossil fuel, coal, or uranium, without generation there are no lights, computers, coffee makers, garage door openers and, perhaps, no future.

What is the right answer? With the concern and advancement of automation in power plants, coupled with the vast number of operators retiring, automation is the likely answer. Can machines be made smarter? In time, yes. Do we still need human intervention at power plants? Yes. We still need operators, mechanics, electricians and computer operations. Where do we get these people? What level of training is necessary? Tough questions. Our assumptions are based on them being there. Will they be?

Dennis Schurman is the Manager of the Electric Power Training Center. He can be reached via email: www.schurman@wapa.gov or at www.eptc.wapa.gov.