Getting in on the act

The Hydropower Improvement Act of 2011 looks set to lead the way forward for hydropower development in the US. 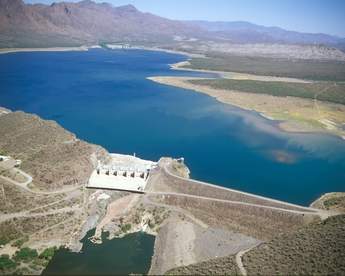 “There is no question that hydropower is, and must continue to be, part of our energy solution,” Alaska Senator Lisa Murkowski remarked at the national-hydropower-association’s (nha’s) annual conference in April 2011. “Hydro is clean, efficient and inexpensive. And yet despite its tremendous benefits I’m constantly amazed at how some undervalue this important resource.”

Senator Murkowski, a member of the Energy and Natural Resources Committee and a long time supporter of hydropower in the US, introduced the Hydropower Improvement Act on 17 March 2011. The bi-partisan legislation aims to spur development of hydropower and its job creation by increasing support for research and development; calling for better coordination on regulation and permitting processes; and establishing a grant programme for hydropower projects. The bill had nine original cosponsors and Murkowski described such a rare show of bipartisanship support as ‘impressive’.

“I consider hydropower to be our hardest working renewable resource – and one that often gets overlooked in the clean energy debate,” the senator had said, noting that the energy committee should pass legislation which encourages cheaper, cleaner and more secure energy.

Perhaps the committee was taking note, or that hydro was no longer willing to be overlooked, but on 12 April the Senate Energy and Natural Resources Committee passed the Hydropower Improvement Act of 2011.

Key provisions of the legislation include:

• Conduit and small hydro: Allows for conduit projects on federal lands and directs FERC and other federal agencies to enter into a Memorandum of Understanding (MOU) to better coordinate reviews of these projects. Requires regional workshops to reduce barriers and investigate improvements to the regulatory process for small hydro and conduit projects.

• R&D Programme: Requires the DOE to develop and implement a plan to increase the nation’s use of hydropower through research, development and demonstration initiatives.

• Studies: Directs the DOE to study pumped storage project opportunities on federal and non-federal lands near existing or potential sites of intermittent renewable resource development, and a department study of hydropower potential from existing conduits. Directs the Bureau of Reclamation to study barriers to non-federal development at its projects.

The NHA applauded the energy committee for passing the act. It said that it stands ready to work with lawmakers, regulators and policymakers to help grow the US’ vital hydro resource and ensure that all Americans can access the benefits it provides. The association also thanked Senator Lisa Murkowski and Chairman Jeff Bingaman for their leadership on energy policy issues and support of the hydropower industry.

“With support from leaders like Senator Murkowski, the hydropower industry is ready to work even harder to provide Americans with the clean, low cost, renewable energy they need,” executive director of the NHA Linda Church Ciocci says. “Hydropower already plays a vital role in the US energy mix. With the right policies in place the industry can expand that role. Studies have shown capacity could grow by 60,000MW by 2025. Hydropower is already the nation’s largest source of renewable electricity generation and accounts for approximately 300,000 jobs. With the right policies in place, hydro can also create 1.4M more jobs by 2025.”

One such study, as mentioned above by Ciocci, was recently released by Oak Ridge National Laboratory (ORNL). An analysis of potential hydropower additions at existing non-powered dam infrastructure in the US, the study found that 12.6GW of power can be added to existing dams. A concentration of potential projects exists in the south, midwest and rust belt areas (defined as regions in the northeastern and mid-Atlantic states). The NHA estimates that this new capacity could power 12.6M homes.

Brennan Smith, water resources engineer with the Environmental Sciences Division of Oak Ridge National Laboratory and one of the authors of the report, noted that Oak Ridge’s analysis, which looked at multiple federal resource assessments, found that non-powered dam potential exists in areas where other renewable energy sources, like wind and solar, are less available.

“The concentration of potential hydropower at just 100 existing dams is huge,” comments Smith. “Those facilities, which are concentrated in areas of the country not usually associated with hydropower, can provide 8GW of clean, reliable hydropower.”

The ORNL report also found that many of these dams can be converted to power generating facilities without impacting critical habitats, parks or wilderness areas. NHA estimates that converting these structures to electricity-generating facilities could create hundreds of thousands of jobs.

“The Oak Ridge National Laboratory study clearly shows that there is huge potential to expand hydropower in areas of the country that may not think of themselves as having renewable energy resources,” says Ciocci. “Developing these assets as soon as possible will create jobs and provide low cost, reliable and clean power where it is needed most. The Hydropower Improvement Act, along with other essential policy reforms, can help make that a reality.”