Working together and sharing expertise is a must in the nuclear industry, particularly in light of the safety issues raised by its biggest disasters. As Jacquie Hoornweg discusses, CANDU Owners Group is reaching out to all parties in a drive to foster collaboration for the betterment of all. 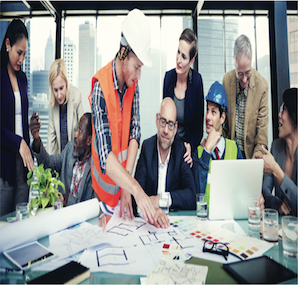 Following the events of Chernobyl, 30 years ago, the nuclear industry focussed on strengthening safety culture at utilities.

Five years ago, after Fukushima – an event IAEA Director General Yukiya Amano called "the worst accident at a nuclear plant since the Chernobyl disaster" – regulators scrutinised their role in strengthening the framework for safety culture.

Today, in an increasingly complex and globalised industry and an evolving business model domestically, the Canadian industry is looking at the role suppliers, contractors and other stakeholders play in ensuring greater safety on projects and in operations.

“There is increasing recognition that safety culture requires the involvement all stakeholders," says Fred Dermarkar, president of the CANDU Owners Group (COG), the member organisation for CANDU operators worldwide. He adds:
“It must be a collaboration and it must be embedded into the industry’s culture in an authentic way."

Over the past year and a half, COG has worked with an increasing number of CANDU suppliers to create a forum for sharing operating experience (OPEX). The goal of the Supplier Participant Program is to create both a better knowledge base and a stronger framework for sharing amongst suppliers. It uses similar models to the ones utilities have used to share OPEX over the past three decades.

In Canada, the need for this kind of supplier interaction is fairly new. Up until a few years ago Canadian utilities relied heavily on in-house services and original equipment manufacturers (OEMs) for project and maintenance work. At that time the framework primarily existed within the individual utility processes. But in recent years utilities have evolved to use more contractors, resulting in a greater number of suppliers entering the Canadian market.

“The industry has undergone organic change in the past ten to 15 years," says Dave Dennier, director of major component engineering for Amec Foster Wheeler and chair of the COG Supplier Participant Program, established in early 2015. "In the past three years in particular, there are a lot more competitors in the marketplace."

The work drawing the new entries to the Canadian market includes major refurbishment projects at Ontario Power Generation’s four-unit Darlington plant and life extension and refurbishment on six units at the Bruce Power plant. There is pressure to deliver on time and budget, while maintaining the high standard of safety that is table stakes in the nuclear industry.

Fukushima was a reminder that the actions of one part of the industry, good or bad, has a ripple effect on the rest. Within a single project or jurisdiction that is even truer. As suppliers realise their success is dependent on the performance of other suppliers as well
as their own, and as they have experienced the benefits of collaboration, there has been a cultural shift. "As independent for-profit businesses, we’re focussed on winning work and executing to the client’s satisfaction," says Dennier who notes the initial steps into the collaborative process were tentative and mostly focussed on physical safety. But, he says, there is a growing recognition that self-interest can be achieved through the collective improvement that comes from shared experience. And, there is an increasing recognition your success may depend on your competitor’s success.

Initially not everyone was willing to share information, especially of a technical nature. It was also felt that only companies participating would be given access. Fast-forward to today and a wide range of technical details are being shared between organisations. There is enthusiastic and open discussion of materials and sharing of specific examples. There are also plans to create databases and other systems to share OPEX with all utilities and suppliers, not just programme participants.

Dennier believes with each issue the suppliers resolve, their perception of the programme’s value increases. "You get something out of it. We’ve seen a realisation ‘this OPEX is really useful to me. I can take it back to my mechanical engineers or my electrical team.’ That is the first objective." He adds there is also a realisation that on the job site, contractors are working side by side. The performance of others has a direct impact on you.

Additionally, he says: "This is going to be a vehicle where we can address issues… as a supplier community working with the utility community. That works to everyone’s benefit. If we can share (issues) with that common voice, every supplier will benefit as will the utilities."

Back at COG, Dermarkar believes there is a parallel for the nuclear industry to be found in the American aviation industry. There, significant gains were made in fatality reduction over a decade when industry stakeholders worked collectively toward this common goal. The airline industry had a good track record but really gained ground when airlines, contractors, labour and the regulator joined together.

Kathleen Heppell-Masys, director general of safety management at the Canadian Nuclear Safety Commission, says the regulator must maintain its independence to effectively provide impartial nuclear safety oversight to the industry. However, she adds, the regulator can be part of "intelligent dialogue" of safety culture. "We don’t want to compromise that independence but we want informed dialogue. That’s a challenging balance but it is important."

While being clear the responsibility for nuclear safety sits with the operator, Heppell- Masys says: "We have asked for years for
the licences to foster safety culture. And the regulator has a role to play too." The CNSC is active in research and consultation activities to promote an understanding of the role of human and organisational factors including reaching out to many stakeholders.

In fact, Heppell-Masys says one key observation of the 2015 IAEA Fukushima report is that stakeholder impacts do not end with those who supply parts, touch the equipment or even oversee operations. The strength of the relationships and communication across an eco-system that includes universities, work unions, standards organisations, government ministries, media, lobby groups and others, all contribute to a healthy nuclear plant support system. Each also has a unique perspective and those views can provide meaningful contributions that reduce blind spots. When the eco-system is in good balance it can contribute to nuclear safety in a similar way to other defence-in- depth mechanisms.

As nuclear strives to become safer and through safety, more viable, the number of settings at the table for on-going and meaningful dialogue is likely to grow.

The International Atomic Energy Agency (IAEA) defines a strong safety culture as ‘the assembly of characteristics and attitudes
in organisations and individuals which establishes that, as an overriding priority, protection and safety issues receive the attention warranted by their significance.’

By contrast, challenges to safety culture identified by the IAEA include attitudes and beliefs that lead to behaviours such as communication of good news only; a sense ‘it can’t happen here’ and acceptance of poor conditions or poor compliance.

In the IAEA Director General Post- Fukushima report released on the 31st August 2015, a contributing factor to the accident included the pressure felt by operators to minimise safety drills due to potential public perceptions. This, coupled with a belief that an event of that magnitude could not occur, provided a false sense of security.

A strong safety culture is supported when senior management establishes and promotes decision-making and "safety conscious behaviour." The IAEA suggests the list below as a set of principles used in some organisations to promote safety culture:

At the February, 2016 IAEA International Conference on Human and Organisational Aspects of Assuring Nuclear Safety – Exploring 30 Years of Safety Culture, one area of discussion was the confluence of human and technical factors including external stakeholders and other influences on safety culture.

Further discussion on this topic can be found at: http://www-pub.iaea.org/iaeameetings/50800/International-Conference-on-Human-and-Organizational-Aspects-of-Assuring-Nuclear-Safety-Exploring-30-Years-of-Safety-Culture

TerraPower to invest in domestic advanced nuclear fuel production in US