Pilsen-based Doosan Škoda Power has been awarded the contract to supply a steam turbine generating set with an output of 38 MW as part of the plan to resuscitate the decommissioned Morupule A coal-fired power plant in Botswana, working with its parent company and project EPC contractor, Doosan Heavy Industries of Korea, to bring back on line what the locals refer to as the “ghost plant”. 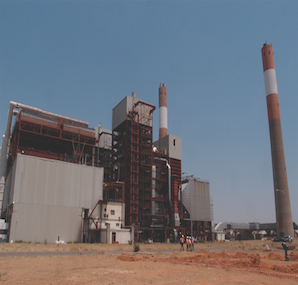 Morupule A previously generated enough power to supply up to 80% of Botswana’s electricity consumption. Operations were terminated in 2013 when the Morupule B plant was put into operation. However, Morupule B no longer generates enough power to meet the country’s burgeoning energy demand.

Doosan secured the full modernisation contract for the 132 MW power plant from Botswana national energy company BPC. Scope of work includes the general overhaul of the existing 3 x 33 MW steam turbines as well as the delivery of the brand new turbine and generator.

The new equipment will be located on existing foundations, replacing a fourth unit that was previously damaged, requiring several weeks’ laser scanning of the power plant machine hall by Doosan Škoda Power.

The first turbine will go into operation at the sub-Saharan power plant in 2017.