Determining the natural frequency of valves

Research is providing more accurate and cost-effective analytical modelling alternatives to practical testing in assessing the effects of seismic activity. 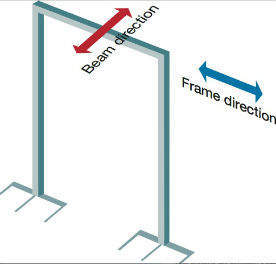 Empirical or practical in-field testing is accepted as the most reliable method for confirming natural frequency, but its use is limited by time and cost. Comprehensive testing is difficult because of the sheer number of valves and the diversity of their designs. Estimates provided by validated analytical methods are therefore needed.

In Generation 3 nuclear plant design requirements, valve assemblies must demonstrate that they have a minimum specified natural frequency. This demonstration may be by test, analysis, or a combination of both of these. Typically, the specified minimum for valve assemblies is 33Hz, but it may be higher or lower in specific cases. Valves that meet this standard are considered "flexible", while those with a minimum natural frequency above the specified minimum are considered "rigid".

In the past, the most common analytical method of estimating natural frequency was the Ezekoye method [1]. Based on the Rayleigh Principle (see sidebar), this single-mass or "lumped mass" model assumes the centre of gravity of the valve assembly lies on the valve stem centreline, so it can only provide estimates for valve assemblies with an upper structure that extends straight upward with no overhanging mass (see Figure 1). When applied to valve assemblies where the centre of gravity is offset from the stem centreline (such as motor-operated valves like the one shown in Figure 2) this method over-predicts the assembly’s natural frequency. So all valve assembles with irregular geometries, like those incorporating gear or electric motor actuators, are outside the scope of the Ezekoye method.

Research conducted by Westinghouse and Flowserve design engineers has successfully addressed this limitation by broadening the Ezekoye method to include extended masses [2] and the body run.

Not only can this new methodology, referred to as the Enhanced method, be applied to a much wider spectrum of valve assembly designs, but estimates derived from it are better correlated with test results. The Enhanced method extends the original Ezekoye method by incorporating mass inertia of the valve body, superstructure and actuator, to provide a more precise model of the dynamic forces affecting the valve.

In the original Ezekoye method, valve bodies were assumed to be rigid, with negligible contribution to the assembly natural frequencies. It was thought the structural components on which the actuators are mounted (ie, the superstructure) dictated the assemblies’ frequencies. As a result, the Ezekoye method only estimated the frequencies of the valve superstructure, taking into account only the weights and centres of gravity of the yoke, actuator and other attached accessories.

While valve superstructure designs vary from one manufacturer to another, most use two-legged yokes to allow unfettered access to the valve stem and packing assemblies. The original Ezekoye method treats the yoke as a cantilever frame structure with the resulting natural frequency mode shapes described in two directions — beam mode and frame mode (See Figure 3). Testing shows, however, that the frequency is influenced by body bending and torsion as well as by actuator inertia.

The Enhanced method not only takes into account the torsional effects of the teetering and twisting motions of the yoke due to the inertia of the actuator, but also accounts for bending and torsional motions of the body run. The individual frequencies of each of these motions can be calculated and then combined to accurately derive a valve assembly’s overall natural frequencies.

Finite element analysis (FEA) is a well-established and versatile technique for solving complex structural mechanics problems. It provides reasonable results when compared to actual valve tests, though correlation with practical testing or computational methods is necessary.

Nevertheless, FEA can be challenging, time consuming and expensive compared with other analytical methods. Licensing fees, solid modelling tools and the man-hours required to develop accurate models can make the cost prohibitive, given the number, types and sizes of valve assemblies typically found in a nuclear power station.

Empirical testing shares many of these practical limitations.

Practical or empirical testing was conducted to measure the natural frequencies of select valve assemblies and establish a baseline for comparison with the Ezekoye and Enhanced analytical methods. The test methodology consisted of collecting frequency response data when striking the valve specimen with a hammer of appropriate weight and tip hardness, measured in relation to the hammer input.

Table 1 presents a comparison of minimum valve assembly frequencies found during practical testing with those modelled via the Ezekoye method (superstructure only) and the Enhanced method (entire valve assembly). The Enhanced method takes into account the inertia effects of the valve actuator’s offset centre of gravity. Motor-operated size 3 gate and size 4 globe valves were used for the analyses. Measurements of both mode shapes — beam mode and frame mode — were taken. The comparisons demonstrate that relative to the Ezekoye method, the Enhanced method provides significantly improved estimates, which also compare very favourably to test results.

Further comparisons were made between practical tests and calculations on a wider range of valve sizes, using both the Enhanced method and finite element analysis. In this study, ANSYS Version 12.1 was used to model the complex geometries and flexibility of a number of valve assemblies. Measurements were taken with the yoke legs both parallel and perpendicular to the pipe run. In addition, FEA analysis was conducted with and without a mounting fixture to assess the impact of foundation flexibility. The results (see Table 2) show that the Enhanced method results are in close agreement with FEA and practical testing when foundation effects are insignificant [3].

Generally, there is good correlation with practical testing for the smaller size valves. There are discrepancies in the larger size valves, mainly attributed to foundation support flexibility. A further study was conducted by engineers at Wyle Laboratories, a specialised US test facility for nuclear valves, which found that:

Ideally, valve natural frequencies should be determined by testing, as this captures a valve assembly’s entire flexibility – although it is sensitive to the foundation flexibility of mounting fixtures, which are difficult to quantify. It is also more expensive and time consuming than analytical methods.

FEA is very versatile, since the flexibilities of complex geometries can be measured accurately, although it can be arduous to model many parts and accessories. While it is an accepted method in many industries, it must be compared with practical testing and computational analysis methods.

FEA is moderately expensive to use because of licensing fees, the need for solid modelling tools and the time required for setup.

Of the two Rayleigh principle-based methods, the Enhanced method is far better than the original Ezekoye method and yields results in close agreement with practical tests, if there is little foundational effect. It is easy to use. Calculation details can be tedious, but they can also be verified by any interested party. Independent laboratory testing has confirmed that the Enhanced method can be universally applied to many valve designs and actuator types with confidence. Its costs are relatively low and efficiencies high versus those of practical testing and FEA.

The impact of seismic activity on the integrity of valve assembly operation and safety is of special concern for nuclear power station operators as well as for many others, including those running safety, health and environmental sensitive hydrocarbon and chemical processing facilities. Natural frequency and resonance issues must be examined. The test or analysis method chosen largely depends upon regulatory requirements, customer specifications and/or designer preference.

The Enhanced method of analysis developed by Westinghouse and Flowserve engineers produces accurate and reliable data with results in close agreement with those of both empirical testing and the widely used FEA method.