Denmark’s wind industry has performed well over the past few years, making the country a necessary port of call when working in the offshore wind sector, explains Jan Hylleberg, CEO of the Danish Wind Industry Association. 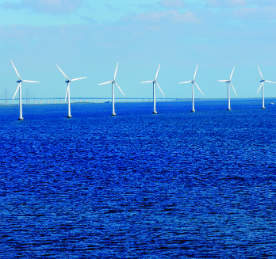 Almost weekly, I read about new initiatives taking shape in the offshore wind industry. An increasing number of companies are realising that working with offshore wind is an interesting business with significant potential. On the one hand, this is very encouraging but, on the other, taking full advantage of the growing number of opportunities can be a challenge for industry players.

Denmark is the home of modern onshore and offshore wind energy, and companies in the industry here have been frontrunners in the race to realise its potential. To date, more than 1,100MW has been installed in Danish waters and, taking into account the full grid connection of the Anholt wind farm, set to come online in late summer 2013, the country will have more than 1,300MW offshore. Every watt helps to maintain Denmark’s world-leading position as the country with the highest degree of wind energy in the electricity system. In 2012, 30% of Danish electricity consumption was provided by on and offshore wind turbines.

Danish wind turbine manufacturers Vestas and Siemens Wind Power have built almost 90% of the world’s offshore wind turbines and, along with a large number of leading energy companies and suppliers, Denmark is constantly pushing the frontier of offshore technology. Today, the offshore segment generates more than 25% of revenue in the Danish wind industry and this percentage is set to rise in the future as more capacity is installed.

Denmark’s leading role in installing wind turbines offshore and integrating large amounts of wind energy in the grid is very much due to an ambitious and sustained political focus on wind energy. The companies in the wind industry benefit from long-term planning and binding targets. Danish politicians realise this and in 2012 they agreed on an ambitious plan, which sees the installation of 1,500MW offshore and 1,800MW onshore. The kr50-55 billion ($8.8-9.7 billion) investment will ensure that 50% of the electricity in 2020 is generated by wind.

The agreement secures a steady annual installation of roughly 200MW onshore, and 1,500MW will be installed between 2017 and 2020. The offshore venture will be divided into two large wind farms; Kriegers Flak (600MW) in the Baltic Sea and Horns Reef lll (400MW) in the North Sea. Between three and six wind farms will also be developed as near-shore projects in order to reduce costs. Of the 500MW near-shore capacity, 50MW is reserved for test turbines in response to the industry’s demand for test facilities.

An important lesson other countries can learn from Denmark’s experience of offshore wind is the right approach to planning. The process is characterised by a centralised ‘one-stop-shop’ mindset. Centralising all decision-makers in one public office (the Danish Energy Agency), results in maximum transparency and expertise and, with new offshore wind farms already being planned for, Danish and international players alike are reaping the benefits.