Shell has launched a new range of lubricating oils designed specifically for standby and genset diesels, based upon new chemistry and tailored to manage the range of oil stress levels found in modern engine operation. 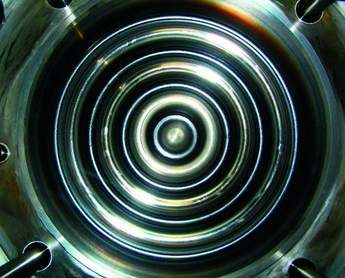 Medium speed diesel engines are widely used in marine vessels and power plants, because they are perceived to be reliable, fuel efficient and easy to maintain as well as requiring relatively low investment.

There are other advantages. In a high fuel price environment these engines have the advantage of being able to run on heavy fuel. Exhaust emissions can be successfully controlled with primary and secondary measures. Where multiple units are installed, the risk of a total power loss can be almost completely eliminated. It is for this type of engine that Shell lubricants companies have launching the new range of Shell Argina lubricating oils. The new range is based upon new chemistry and is tailored to manage the range of oil stress levels found in modern engine operation.

Lubricant choice and treatment contribute to reliability and profitability in various ways. Effective lubrication practices help operators increase the efficiency of power generation. Whether an engine is suffering from fuel ingress into the lubricant, high component temperatures or high sulphur content in the fuel, high performance lubricants can provide a good level of protection in combination with excellent oil life, helping to extend maintenance intervals, component lifetime and oil drain intervals.

To appreciate this fully we need to look into oil stress more deeply. Oil stress manifests itself to the engine operator in three ways.

Acid stress arises mainly because of the sulphur in the fuel, which forms a strong acid when combusted. If not neutralised by the alkaline additives present in the lube oil, this acid can corrode engine components, notably liner, rings and ring grooves. The most obvious sign of acid stress is depletion of the lube oil Base Number (BN), which represents the alkalinity level. If the BN level is allowed to fall too far, ie below a level of 15-20, increased corrosive wear of liners and piston rings may occur, increasing the cost of maintenance and causing lost production because of downtime.

Thermal stress is caused by the exposure of the lubricant to high temperature, resulting in oxidation and thermal breakdown of the oil molecules. This can cause sludges and lacquer to form in the cooler areas of the oil system, for example, the crankcase, camshaft box, filter and separator.

Thermal stress is also responsible for the formation of deposits at high temperature spots, such as piston ring grooves and piston undercrown. Prevention of hot spot deposits is critical for effective engine operation, because:

• piston ring groove deposits interfere with the pressure distribution over the rings, reduce the sealing pressure provided by the rings and in extreme cases will force the rings to break through the oil film on the liner surface, resulting in high ring and liner wear;

• any deposit layer on the piston undercrown reduces heat transfer from piston crown to lubricant, increasing the piston crown temperature. This can bring the crown into the range where so-called ‘hot corrosion’ can occur, reducing the lifetime of the crown significantly.

If the lubricant used is not sufficiently able to withstand thermal stress and prevent hot spot deposits, wear rates will increase and components will have a shorter lifetime, leading to significant additional cost and downtime. Shell Lubricants have calculated that for a typical power generating engine, a reduction in piston crown lifetime of 40% – which is not unrealistic – would result in an increase of around 8% in the cost of overall spare parts over a period of 80 000 running hours. This excludes the cost of man-hours and lost revenue.

In any diesel engine, fuel ingress in the lubricant is almost unavoidable, either through blow-by gas or through the fuel pump drive mechanism. Heavy fuel oil contains asphaltenes, which are very large hydrocarbon molecules. Therefore asphaltene stress represents the amount of fuel contaminating the lubricant.

As asphaltene molecules are not readily dissolved in the lubricant they may settle in the form of sludge in the crankcase and camshaft box. They can clog the oil filter and disturb the operation of the lube oil separator.

Precipitation of asphaltenes is one of the main reasons for fuel pump sticking, whether caused by the inability of the lubricant to manage asphaltene stress or caused by frequent switch over from heavy fuel to diesel fuel (which are by definition incompatible). In this way, asphaltene stress influences engine reliability.

Asphaltene stress can also be visible to the engine operator in another way. In contrast to lubricant molecules, fuel molecules are not resistant to oxidation and asphaltene stress greatly aggravates the effects of thermal stress, impacting on the lifetime of rings, liners and piston crowns.

Figure 1 summarises the symptoms of oil stress, indicating where the choice of oil can make the most difference and in which areas cost savings can be expected by applying a high performance oil.

Shell Lubricants has renewed its range of Argina lubricant oils. The result is ‘New Argina’ which is based upon new chemistry and has been formulated to handle the highest levels of the three forms of oil stress. It was developed using a medium speed diesel engine as a test bed – the Wärtsilä 4L20D running at Shell’s innovation centre in Hamburg.

Shell has accumulated more than 45 000 running hours with this engine which has been specially tuned to generate the highest possible oil stress in the shortest possible time. As a result, during each 500 hours test run the engine generates a similar level of oil stress to that produced by a typical engine after 3000 – 4000 hours in the field. This is illustrated in Figure 2, showing the BN depletion rate in the Shell test engine compared with typical field installations.

It can be seen that oil A has comparable BN retention and viscosity control to new Argina, whereas oil B lags behind on both counts. Oil A, however, does not keep the piston undercrown as clean as the new oil, and this is where oil B matches it. This is shown in Figure 5.

In this performance comparison the new product was the only oil tested that performed well in all three aspects of performance, namely BN retention, viscosity control and piston undercrown cleanliness.

Before being introduced to the the market, the new lubricant was field trialled in different manufacturers’ engines. Based upon these trial results, the new Argina oil has been approved by Caterpillar MaK, MAN-B&W, SEMT-Pielstick and Wärtsilä.

The illustrations on the left give some indication of the performance of new lubricant in its field tests. Figure 6 shows the excellent piston undercrown cleanliness of a Wärtsilä 64 engine after 5000 running hours. One of the trial engines provided the opportunity to demonstrate new Argina’s capacity for removing existing dirt from the crankcase, as is demonstrated in Figures 7, 8 and 9. During the clean up process filter change intervals were significantly shortened and once most of the dirt had been removed, the filter lifetime was back to normal.

Using a high performance lubricant, especially when combined with oil condition monitoring, is an important aspect of managing oil stress and reducing the cost of operation. It is also possible to model oil stress and Shell offers such a service. Technical advisors can simulate on a computer the oil condition which results from prescribed running hours for a given customer installation and gain insight into the parameters that govern BN depletion in the operator’s engine.

Alternative scenarios can be tested for oil life and cost effectiveness and demonstrated to the user, making it possible to minimise the oil consumption while gaining the benefits of modern lubricants, and in this way establish the most cost effective lubrication practice.