The European Commission has found German plans to grant €1.6 billion public financing for mothballing and subsequently closing of eight lignite-fired power plants to be in line with EU state aid rules. The eight plants are: Buschhaus (operated by Mibrag); Frimmersdorf P, Frimmersdorf Q, Niederaußem E, Niederaußem F, Neurath C (all operated by RWE); and Jänschwalde F and Jänschwalde E (both currently operated by Vattenfall, but in the process of being sold to EPH/PPF, see below). 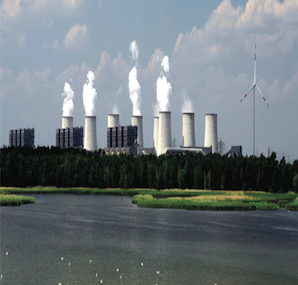 The Commission concluded that the measure promotes EU environmental objectives, as it helps Germany to achieve its carbon dioxide emissions target, without unduly distorting competition in the single market.

Germany gave notice of the plan in November 2015, with the first plant scheduled to stop operating in October 2016 and the last in October 2019. The operators of the power plants would be compensated for foregone profits due to the units not being able to continue to sell electricity.

Burning lignite is one of the most polluting and CO2-intensive means of electricity generation, the Commission notes. In Germany, where the electricity market is currently characterised by overcapacity, lignite is still a major source of power, accounting for 24% of total electricity generated in 2015. The eight plants to be commissioned account for around 13% of the total German lignite fuelled generating capacity.

The mothballing and closure of the eight power plants will contribute a reduction in carbon dioxide emissions of 11-12.5 million tons per year from 2020, by when all eight plants will have stopped operating. This constitutes more than half of the additional contribution that the German energy sector still needs to make in order to meet the national emission target for 2020. In December 2014, the German government announced that it would reduce Germany’s carbon dioxide emissions by 40% by 2020.

Whilst the costs of closing the plants will be borne by the operators themselves, Germany plans to compensate the operators for their foregone profits. The Commission has assessed this support in the context of the significant contribution the closures will make to Germany reaching its emission targets. It has also assessed the remuneration paid to the operators concerned to make sure that they receive no undue advantage over their competitors. The Commission found that the remuneration is primarily based on the foregone profits that the operators of the eight plants would have earned had they continued operating in the electricity market for four more years, which is less than the average expected lifetime of the plants.

On this basis, the Commission concluded that the effects of the measure on the electricity market are expected to be limited and that potential distortions of competition created by the aid are largely offset by the environmental benefits.

…while EPH signs up to acquire Vattenfall’s German lignite assets

A consortium of Czech energy company EPH (Energetický a prumyslový holding as) and its financial partner PPF Investments Ltd has signed an agreement with Vattenfall to acquire its German lignite interests, which Vattenfall has owned since 2000 through its purchase of utility VEAG and lignite supplier LAUBAG.

EPH is already a player in the German lignite mining and power generation business through its ownership of MIBRAG (Mitteldeutsche Braunkohlengesellschaft). “Based on our involvement and experience in the Mitteldeutsche Braunkohlerevier [central German lignite region], we are convinced that EPH is well positioned to assume the responsibilities related to the ownership of Vattenfall’s lignite assets in Germany in currently challenging market circumstances”, said Jan Špringl, Member of the Board of EPH.

The Vattenfall assets will be transferred to a new ownership entity which will have liabilities and provisions, in particular related to re-cultivation and decommissioning, of about 2 billion euro, to be set against fixed assets with a value of 3.4 billion euro (according to Vattenfall accounting policy) plus about 1.7 billion euros in cash reserves.

With the acquisition, the consortium is taking over all regulatory obligations related to the operations, including provisions for decommissioning and re-cultivation. “Given the currently challenging market dynamics, one of the key concerns in the negotiations has been to provide the company with an appropriate level of cash reserves”, said Jan Špringl.

as a bridging power generation technology, says EPH, providing the only energy source that is secure, non-intermittent and indigenous.

“Over the mid-term, the fundamental dynamics of the energy market are set to recover. With our relevant industry expertise and cost-disciplined and efficient management of operations we are convinced that lignite is in a position to contribute successfully to the rapidly evolving German power mix”, Jan Špringl continued.

Vattenfall’s assets represent the second largest portfolio of lignite operations in Germany, after RWE, while those of MIBRAG are third. The Vattenfall German lignite activities include open-cast mining at Jänschwalde, Welzow-Süd, Nochten and Reichwalde, as well as the power plants Jänschwalde, Schwarze Pumpe, Boxberg, and 50% of Lippendorf in the Mitteldeutsche Braunkohlerevier – representing an installed capacity of 8000 MW in total.

MIBRAG and the Vattenfall assets will be operated separately.

The consortium says it fully respects the direction taken by the German government as part of the Energiewende.

The acquisition is subject to approval by the Swedish government (as Vattenfall is state owned) and the usual regulatory approvals. Closing and change of ownership is expected in the third quarter of 2016.

“We want to reduce our CO2 exposure, so forusthisistherightthingtodoanditfrees up resources to focus more on renewable energy. We see significant risks when it comes to the development of future electricity price levels. There are also regulatory risks to take into consideration,” says Magnus Hall, president and CEO of Vattenfall.

“As an international energy company with the ambition to be one of the leaders in the new energy landscape it is important for us to take an active part in the German Energiewende. Germany will remain an important market for Vattenfall. It is not only one of the largest energy markets in Europe, but also a frontrunner in the energy transition”, said Magnus Hall. “We see growth opportunities in being the partner of choice for sustainable solutions for customers and cities. The number of our German customers is growing, today standing at more than 3 million. Starting from Berlin and Hamburg, we are also committed to offer an economically and environmentally attractive development and to further invest in partnerships with German cities.”

EPH, although embracing longer term climate goals, is adopting a somewhat different strategy and, as well as planning to expand its lignite activities in Germany, has recently purchased the Lynemouth and Eggborough coal plants in the UK. Under its previous owner, RWE, Lynemouth was being converted to biomass co-firing. Eggborough has signed a Supplemental Balancing Reserve (SBR) contract with National Grid to provide extra capacity during the winter of 2016/17, with the contract covering 775 MW of capacity to be delivered by two of Eggborough’s four units.

In 2015, EPH purchased E.On’s coal and gas generation assets in Italy, consisting of a 600 MW coal plant in Sardinia (Fiume Santo) and about 3900 MW of gas fired capacity across six power plants located on the Italian mainland and in Sicily.

Daniel Kretínský, EPH chairman and co- owner said the Italian acquisition reflected the company’s strategy of “entering advanced western European markets that do not have a sufficient reserve margin” and are therefore moving towards adoption of capacity markets. The UK and Italian markets are in this situation and “our interest focuses on them.”