The products and services procured during the build and lifetime of a nuclear plant are many and varied, and highly regulated. Ensuring a trusted and secure supply chain is essential as Fine Tubes’ and Superior Tube’s Brian Mercer explains. 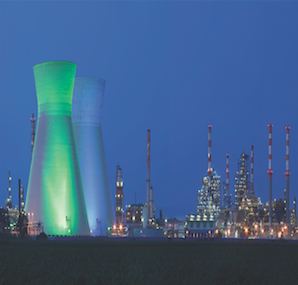 In 2014, some 440 nuclear power reactors operating in over 30 countries delivered electricity totalling 2411 billion kWh
– more than 11% of the world’s electricity requirements. Perhaps of even greater significance is the fact that there are over
60 new nuclear reactors currently under construction. These are primarily in China, India, South Korea, the United Arab Emirates (UAE) and Russia, but there are plans for more new builds elsewhere including, following the recent decision by the UK government, Hinkley Point C in the UK.

Is there reason for the nuclear power industry to celebrate? Yes. But, it is also important to keep in mind that all of the reactors operating today, all of the reactors currently under construction, and all of those planned for the future are entirely dependent on a sophisticated and robust global supply chain.

The US-based Superior Tube and the UK- based Fine Tubes, sister companies within AMETEK Specialty Metal Products, have a long history of manufacturing precision tubing products for various industries, including the nuclear power sector.

The nuclear industry is, of course, under the permanent supervision of governmental or independent bodies such as the Autorité de sûreté nucléaire (ASN) in France which was chosen to assess and analyse the tragic events at Fukushima in 2011 and produce a report on the technical reasons for the catastrophe. It was also asked to make recommendations for future improvements. For Superior Tube and Fine Tubes, this level of regulation requires the two companies to impose a highly rigorous approach to qualifying, monitoring and guaranteeing their own sources of supply. Suppliers must demonstrate their expertise and excellence at all levels. It is not enough simply to know “how to make”. There has to be a process of continuous improvement.

Superior Tube can trace its history back to the 1940s, when the company was involved in the Manhattan project. In the 1950s, it supplied 200,000 feet of cladding for the Shippingport atomic power station, the world’s first full-scale atomic electric power plant devoted exclusively to peacetime use. Since then, the company has worked closely with US governments on a wide range of nuclear energy projects and has participated in many government-funded development efforts in the nuclear sector.

For its part, Fine Tubes also has a well- established pedigree of developing tubes for nuclear power plants dating back to the 1970s. At that time the company started supplying nuclear fuel cans to the UK’s first generation of gas-cooled reactors, the Magnox plant. To meet the developing needs of the industry, the company has manufactured products for AGR, pressurised water, light water, heavy water and fast breeder reactor plants around the world.

The two companies claim some of the most advanced production facilities available, including pilgers, tube reducers, tube rollers, vacuum furnaces, full finishing capabilities, ultrasonic testing equipment as well as full metallography laboratories. While the two share many of their customers’ manufacturing requirements to ensure faster lead times, they have their own complementary strengths.

Superior Tube produces smaller and thinner wall products, including the ability to control tube diameters to within plus or minus a tenth of a thousandth of an inch. Fine Tubes has greater experience with larger and heavier-wall products. Superior Tube’s experience of working with zirconium is matched by Fine Tubes’ long record of producing high-quality titanium tubes.

For their nuclear power customers around the world, Superior Tube and Fine Tubes manufacture tubing products for all of the following in-core applications:

Along with their manufacturing capabilities, the companies are fully compliant with all the relevant regulatory standards. For Superior Tube, that includes ASME Pressure Vessel Code NCA 3800, MILI45208, 10CFR50 Appendix B, ASME NQA1, ANSI/NCSL-Z-540, ISO-10012, and ISO9001:2008 (Excluding Clause 7.3 Design and Development) as they relate to the manufacturing, inspection, testing and servicing of small diameter tubing. Fine Tubes has AS/EN 9100 and ISO 14001 approvals, is qualified to supply to AD2000 Merkblatt W0/TRD100, 97/23/EC (PED) – TUV and NACE MR-0175 standards, and has Nadcap approvals for the most critical operations.

Both Superior Tube and Fine Tubes are keeping very close to the current new build programmes going on around the world and, specifically, the types of reactor, including the Areva EPR, the Westinghouse AP 1000 and a new Chinese reactor based on the AP 1000. But in addition, and critically for the nuclear power industry as it moves forwards, both companies are also continuing to work closely with their nuclear power customers to produce innovative new solutions to the challenges created by new technologies. The companies, for example, have been heavily involved in responding to the new specifications and requirements created by developments such as the small modular reactor (SMR) and accident-tolerant fuel.

The SMR offers an industry-changing opportunity to reduce installation costs and increase electrical capacity with a reduced risk. The build schedule for an SMR is approximately three years. It can be manufactured in factories, transported to the site, and be ready to install as if it were a ‘plug and play’ module. Its suitability for small electrical grids effectively eliminates any need for grid upgrades.

It has to be said, of course, that the nuclear sector has yet to find an entirely successful solution to the issues around radioactive waste and its treatment and recycling. Over the years, many operators have worked to improve the exploitation of the fuel and this work continues today. Conscious of the environmental challenges, the nuclear industry is working on the development of alternative fuels, such as molten salt to replace the uranium already in use. This technology is already being applied in the renewables sector in the Gemasolar power plant in Spain for which Fine Tubes developed and manufactured the corrosion-resistant heat exchanger tubes for the steam generators, as well as the high-performance tubing that make up the receiver of the Gemasolar central tower.

Although the industry is still waiting to see the full impact of the recent UNFCCC Paris Agreement, which came into force at the start of November, there is no doubt that the world is on a path towards a low-carbon economy. Key to that transition will be the expansion of power generation that minimises the emission of greenhouse gases – the more so because not only is the global population growing, it is also demanding more energy as it becomes wealthier. While there will, of course, continue to be a need for a mix of sources to meet that need, it is certain that nuclear will continue to play an increasingly important part in the mix.

That is why it is so important that the nuclear power industry’s supply chain is ready and capable of responding to whatever technological and production demands are placed upon it. But it is also important to remember that it is, and will continue to be, a global supply chain. Regardless of the country in which a new plant is to be built, or an existing plant needs to be maintained, all suppliers, wherever they are based, must be able to meet the standards required by the local operators and both national and international regulators.

The work our organisation has done to keep abreast of the latest developments, both technical and regulatory, is typical of the good work being carried out by others in the sector. This is an incredibly complex industry that requires technical expertise. It is important to ensure your suppliers have that.