The connection to the grid of technologies such as renewables and distributed generation is presenting new challenges, and affecting the evolution of the transmission and distribution industry in the UK and Europe. 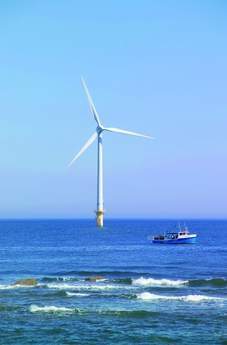 Transmission and distribution over the last fifty years has operated under fairly straightforward and unaltered principles, using a primarily passive model of generation across the country. However, this is all set to change in the coming decades, with a growing diversity required in the energy mix. Without a great deal of warning, the future of transmission and distribution has been altered quite radically in the last five years.

With this change come unprecedented challenges related to connecting new technologies together into a reliable and long-lasting, high capacity grid system that can accommodate growing numbers of generators in the range from offshore wind farms to domestic microgeneration, and everything in between.

Undoubtedly the UK needs a strong grid system to cope with the challenges of a changing energy mix, and to ensure a reliable electricity supply in the future. National Grid has always invested heavily in the grid, however, all the principles around which previous plans have been made have changed in recent years; nobody could have expected the take-up of renewables to be as rapid as it is likely to be in the next five years.

Globally, we can see that the scale of transmission and distribution operations is growing. Although the UK grid operates at 275/400kV, elsewhere in the world 500kV and 800kV are used, with 1100kV AC systems under development. The adoption of renewable energy sources will only accelerate this trend, as the need to transport energy over long distances increases.

Transmission and distribution in the UK is currently dealing with two issues. The first is the trend from despatched to distributed generation. The second is that generation itself is moving further northwards, whilst the load centre remains very much in the south. Although this has always been the case, this generation-usage imbalance is set to become more conspicuous as the UK’s renewable resources, mainly in the north, are connected to the grid. Already, the north–south interconnector is reaching maximum capacity. The fact that distribution will take place across an even wider area exacerbates this problem.

What the UK does next is crucial, since many transmission grids across the globe are modelled on the UK grid. What it does will influence transmission and distribution on a global scale.

One of the main questions being raised presently is the value of high voltage transmission in the UK, since it is likely that there will be an unprecedented need for a higher capacity across a number of new transmission lines perhaps covering great distances.

Despite concerns that such wide scale transmission and distribution is difficult to achieve, this reinforces the need for high voltage transmission. Such transmission will allow the UK to maximise its capacity for renewables. A high voltage grid allows owners to build wind turbines, photovoltaics and marine renewables in the parts of the UK where they are most appropriate, and yet still reliably and instantaneously transfer this power to where it is most needed. If power were localised, the small gains in transmission efficiency would be offset by far less efficient and reliable generation, which drives up costs. High voltage means that the power supply is secure, whether the wind is blowing or not, while reducing the need for spinning reserve to a minimum.

High voltage is also bound up with the trade that is needed to drive renewable development. It allows the excess power that is generated to be transported over the grid for sale elsewhere. Without such trade based upon this exchange of excess power, then there would be little incentive, or ability, for investors to fund renewable energy developments.

The UK can make up for its tardiness in renewable energy investment by learning from others’ mistakes when it comes to grid codes. Denmark, for example, solved many of its connection problems by being the convenient neighbour of major grid interconnectors in Germany, so that they could rely on the European grid system and avoid serious consequences despite very high take-up of wind power. The isolated UK also needs to resource a large number of renewables, yet as a heavily industrialised island it cannot afford to make mistakes.

Other countries are currently facing major problems which have begun to appear with the connection of large numbers of renewable technologies to a grid network. When there is a fault on the grid, a wind turbine shuts down, so that when the grid comes back online, there is a spike in the transmission from the turbine back to the grid. Such a problem is currently being faced by other countries, such as Germany, from which the UK can learn. The UK can avoid the occurrence of such problems when it begins to hit its 2020 targets by connecting specially designed devices to the grid, and by building a better accommodated grid system.

It is necessary to continually develop the grid code. The UK has renewable targets that it looks as if it is going to meet, so it has to plan the grid now for the targets of 2020 and beyond. It is going to have to push the limits of grid technology to reduce the risks of problems appearing further down the line. The scale of the problem of making a grid capable of meeting any transmission and distribution scenario is as big a challenge as the development of the renewable technologies themselves.

Not a T& D problem

For a long time there has been a perception in the transmission and distribution community that renewables ‘had little to do with us’; but, that was five years ago when we had little idea of the scale of commitment that was going to be made to renewables and the speed of its progress.

The challenge for grid networks is to refurbish existing (often ageing) components and manufacture new equipment, yet be assured that they will cope with the foreseen and unforeseen changes and requirements that will be needed of a power system over the course of its future.

There has been renewed investment in equipment and components for the electrical grid in the UK in recent years. Re-certification of transmission system components is a significant undertaking. In the former CEGB days, the transmission operator did not need to justify grid changes to the industry regulator. Nowadays business operations are much more commercially focussed. Operators historically met their own standards and the CEGB carried all the risks. Now that National Grid is in charge, all changes, upgrades and improvements are carefully justified and assessed to meet international standards. Outsourcing these projects assigns a much greater technical risk to the contractor.

As a result, testing has evolved to do more than certify a component to a typical level of anticipated operation. New components to the grid must be built to last and cope with future changes to transmission and distribution in the coming decades. Therefore components are now tested in a way which really simulates how they will be used. Components are designed only to the limits to keep down costs, while at the same time reliability in service must be assured. New test specifications for components are being written in order to raise the overall standards of electrical grid components. At NaREC’s high voltage laboratories, tension set string insulators are being tested for the first time under working tension. Using a unique 7-tonne tension rig and pylon system, real-world operating conditions can be accurately simulated and performance levels established. Only through such testing can the purchasers of such equipment be certain of its fitness for purpose.

Testing and certification itself is likely to evolve as electrical networks adapt to accommodate new and renewable power generation. It is no longer simply a case of production-line testing. Research and development must be incorporated into the testing process to try to anticipate how changing conditions and scenarios may change the behaviour of a component. For this combination of research and development coupled with testing and certification to work effectively, it needs to be carried out in close co-operation with the manufacturer and end-user, so that problems can be solved more effectively.

With the coming of new technologies, old designs are being pushed to the limit. These limits need to be explored and then guidelines and specifications written to ensure that new technologies as they are brought on-line can operate reliably for the next hundred years.

Offshore wind turbine at Blyth, UK 2 MV transformer with AC flashover to earth from a divider Holmes transformer used for temperature rise tests up to 600 A Stress shields being fitted to the end of a bushing in preparation for HV tests 4 MV impulse generator Vishay Mann 300 kV divider