Biofuels stay in the game 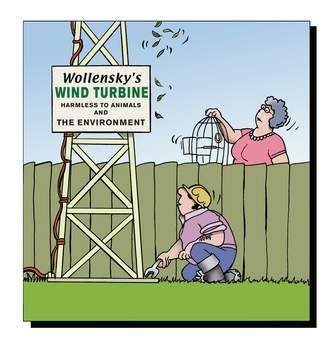 Until last January there appeared to be nothing to hold back what had become something of a surge of interest in biofuels. It had been brought about at least in part by concern over the global warming rôle of carbon dioxide produced by combustion of fossil fuels. The burning of biofuels, it was said, made no net contribution to the greenhouse effect if, for example, the fuels were derived from crops that had themselves been living consumers of CO2.

The bombshell early this year was news of the discovery that a greenhouse gas even more potent than CO2, namely methane, is given off in quantity by growing vegetation. So however good plants may be at mopping up the CO2 produced by combustion of fuels derived from them, they go on adding to the atmosphere’s burden of greenhouse gas. Yet optimism prevailed. The general view was that the great forests, for example, would still be a net sink for greenhouse gas, and biofuels would still have a great deal going for them.

They are interesting to the suppliers and users of heat engines, perhaps more urgently so in the transport sector than in electrical power generation. But it was with both of these overlapping sectors in mind that one of my colleagues chose to attend a UK political policy seminar on transport biofuels: and he found it stimulating.

However, he returned to the office a little bemused by an illustration screened for one of the talks. The speaker had come from Ford, which is among the foremost automobile multinationals developing biofuelled products for the global market. The illustration was a bar-chart that compared the CO2 emission reduction prospects of different combinations of fuel and power-train.††

An explicit indication on the chart was that – in the near if not in the long term – biofuels have a ‘significant roll’ (sic) to play in CO2 abatement. Grouped under the heading ‘Hybrids’ (implying combinations of combustion engines, batteries and electric motors), were developments with intermediately promising prospects. Deemed most promising in the long term, though, was total abandonment of heat engines and recourse to electrochemical fuel cells.

Omitted from the chart, my colleague noted sadly, was a breed of internal combustion engine that promises to emit as nearly no CO2 as does a hydrogen fuel cell. This engine also consumes hydrogen as fuel but by burning it. Such engines are being developed by Ford (all praise to them) as I mentioned last March. And I cannot resist mentioning this time that old Henry – the Ford who founded the automobile dynasty – intended to use a biofuel for his famous Model T motor-car, before he switched allegiance to gasoline.

Here’s happiness for your home

Wonderful pictures can be conjured up in the mind by creative writers, even when they are trading as business journalists. I hope you will share my appreciation of one specimen of their art.†††

Averring that, ‘in the past, wind turbines were fearsomely tall, white structures (with a certain austere beauty) perched on hills’, the author extolled ‘a new generation of mini-turbines‚ capable of generating about a kilowatt of a domestic consumer’s electrical power. These machines, the reader was assured, ‘work on just the same principles as their larger relatives’, but they ‘are not noisy, they pose little risk to bird life, they don’t have to be installed in especially windy areas (some models can simply be plugged in like any other electrical device) and they are unobtrusive’.

What beguiling fancies that description can create in a receptive mind. The artefact beheld in the imagination can be as quiet as a well behaved refrigerator, as safe a perch for passing wildfowl as an overhead power line. It can enjoy a gentle breeze with the householder who slips it snugly into the scenery before connecting it (two- or three-pinnedly) to the mains. This is surely no phantasm but a domestic appliance to give delight.

And, as the newspaper writer said, it ‘can even contribute to the national grid’. Bliss!