And the winner is… World Expro Awards 2014

Welcome to the inaugural World Expro Awards, which honour the best and brightest in the industry. In this issue, we announce the winners in key categories, who have shown their ability to drive forward the upstream industry thanks to their technological innovations and market-leading know-how. 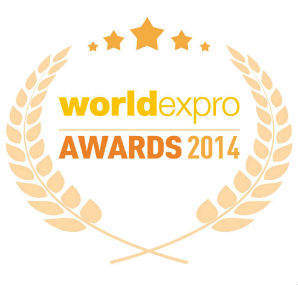 Next year will see the introduction of the world’s first subsea gas compression station. A joint project between Statoil and Aker Solutions, the station will be installed in the Åsgard field, off the coast of Norway.

Designed to boost low gas pressure, it will allow production to continue at the field and an additional 280 million barrels of oil equivalent to be recovered. By removing the need for a semisubmersible platform to be installed, the two 11.5MW subsea compressors will make the additional oil recovery much more cost-effective, markedly increasing the economic life of the field.

The challenges of setting up such a system has been a goal across the industry for decades, but with the testing of a full-sized compressor well under way at Statoil’s K-Lab, its success has paved the way for the roll-out next year. Its installation will see the partnership, which began in 2005, install fully market-ready technology, which could prove invaluable at mature reservoirs around the world.

Qinetiq’s Optasense fibre-optic technology has proved a boon for the upstream industry, allowing more accurate real-time observation than ever before. By allowing detailed monitoring of well operations as they happen via the acquisition of distributed acoustic and temperature-sensing measurements, the efficiency and safety of drilling and production operations has improved markedly.

Evidence of the value of Optasense to the industry is Shell’s having signed a Global Commercialisation and Framework Agreement in 2013 to deploy fibre monitoring for hydraulic fracturing operations. Optasense managing director Magnus McEwen-King said: "The deal allows us to work with Shell around the world and is a positive step forward for our business as we look to expand both our international reach and commercial service offerings. It will also mean that we can continue to invest in jobs, having already created 100 new jobs in the last 12 months."

Design innovation of the year

The V-LIFE is a new product from Viper Subsea, which aims to reduce the number of subsea electrical failures occurring in the industry by countering the common problem of low electrical resistance caused by water ingress into subsea cable insulation.

Claimed by Viper Subsea to act as "a preventative measure and an active ‘healer’", V-LIFE uses an electrokinetic and electrochemical process to avert short circuits by constantly monitoring electrical resistance, voltage and current, and ‘healing’ any problems with the cable insulation to prevent further water ingress.

The potential cost savings for the industry, which would previously have had to completely replace any failed umbilicals that had fallen victim to water ingress, can now be used to significantly extend the life of subsea electrical systems.

Environmental initiative of the year

With the aim of improving environmental risk assessment, six operators on the Norwegian Continental Shelf (NCS) have banded together to create the ‘Dream Charter’ project, which is tasked with creating a unified, numerical, environmental-risk-based assessment model. Its creation is in response to the need for a better means of quantifying the risks to the environment from regular offshore discharges by the oil industry.

Participants include Statoil, Det norske, ENI Norge, Total E&P Norge, BP and ConocoPhillips Norway. By calculating the environmental impact factor, the Dream Charter has enabled a much more accurate assessment of the effects of regular discharges on the NCS’s environment.

The Saturnax 09 device from Serimax is the latest in welding technology for pipelines. The multiprocess bug-and-band device allows a reduction in maintenance costs thanks to its multiwelding capabilities, and, when used on pipes over 22in, the possibility of deploying up to four bugs at the same time.

Serimax has also addressed the most stringent HSE regulations with this latest-generation system by employing a built-in fume-extraction system.

Additional features include welding parameter presetting and recording, seam tracking through the arc, and anti-collision management.

Already a market leader in on and offshore welding, Serimax is building on a long line of Saturnax products that first saw use offshore with Total in Argentina in 1988, and onshore in Canada for NOVA Corp in 1994. The Saturnax 09 is the latest innovation in this tradition of excellence.