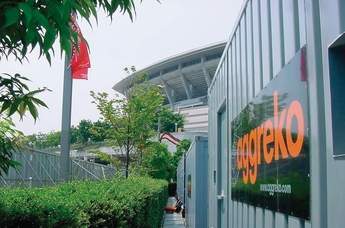 Aggreko, along with its joint venture partner Shanduka Group, has signed a contract to provide temporary power and temperature control for broadcast and technical services for this year’s FIFA World Cup in South Africa. The contract involves providing broadcasting power for all 10 competition stadiums, the International Broadcast Centre (IBC) and FIFA headquarters, as well as temperature control at the IBC. This will support the broadcasting of the 64 matches of the competition to over 3 billion people world-wide. The estimated value of the contract is £30 million, and will involve the installation of some 300 km of cable and 30 MW of generating capacity. Shanduka Group is a leading African investment holding company, and has formed an unincorporated joint-venture with Aggreko to execute the World Cup contract. The companies previously worked together to supply temporary power to the FIFA 2009 Confederations Cup in South Africa.

•Aggreko has recently signed an agreement with the Bangladesh Power Development Board (BPDP) for the provision of 200 MW of temporary power. The agreement has an estimated value of USD 150 million over three years and will become effective as a contract following customary procedures and approvals. Bangladesh has recently been affected by power shortages caused by increased industrial and domestic demand. Although the government has embarked on an ambitious programme to increase the capacity of the national grid, power demand is now exceeding supply, with the result that widespread power cuts are inhibiting economic development. In order to bridge the immediate gap between power supply and demand, Aggreko will provide turnkey power packages to BPDP, which will feed power directly into substations connected to the national grid. 100 MW of temporary power will be provided at 132 kV, with balance provided at 33 kV. All aspects of the power packages, from design, mobilisation and commissioning to operation and maintenance, will be provided by Aggreko. The first tranche of power will be operational on July 1, with the entire project scheduled to be commissioned in August 2010.