ABB aims at a major presence in India

Electrical engineering giant ABB is building up its footprint in the Indian market, in anticipation of accelerating expansion over the coming decades. 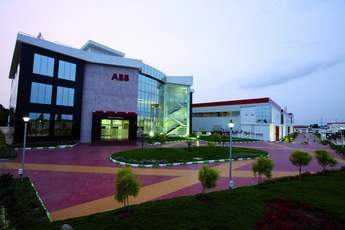 The power industry, in particular the utility sector, has been affected less by the global downturn than more consumer-sensitive industries, not to the point of complacency, but at least to a great enough degree to inspire a belief in its inherent stability. This is no truer than in the emerging markets typified by India and China, where the juggernaut of demand for power has barely been checked.

It is in that context that the biggest industrial players have planned their strategies. One of these concerns, electrical engineering giant ABB, has taken this view and is pursuing its existing investment policies in India with confidence. The official figures (right) show the basis for that confidence. The future is of course less certain, and the current GDP growth rate of 8% is likely to fall back over the next couple of years (iron and steel production for instance fell from 55 Mt to only 40 Mt in 2009) but demand is stable.

ABB’s confidence in the market is shared by its 29 bankers, which include Barclays, Deutsche bank, Bank of China, Santander and JP Morgan, which in October renewed the group’s three year revolving credit facility and increased it from $1.5 billion to $2.0 billion. The facility is ‘for general corporate purposes’ but is in line with the company’s strategy to ensure maximum financial flexibility during the current uncertain market environment and reflects its strong credit profile.

Currently India, which is the world’s sixth largest energy consumer and has the third largest T&D network, has 63.3 GW of capacity under construction, 18.5 of that in the private sector, nearly all thermal with about 25% hydro, and is slightly ahead of its growth schedule. It is not a surprise therefore that India is one of ABB’s top five emerging markets. The significance of this can be gauged from the fact that in Q3 of 2009 55% of its orders came from emerging markets, the first time that the sector figure has gone over 50%. 25% of its global investment has been spent in India over the last 3 years, a sum in excess of US $100 million.

Some of that has gone towards the US $100 m that ABB have spent in the last 10 years on building its five manufacturing and assembly facilities in India. The latest of these is the Nelamangala factory located 35 km from Bangalore. It is ABB’s largest power electronics factory outside Switzerland and makes low voltage drive panels, LV systems, medium voltage drives, power electronics, breakers and switches. Construction began in 2007 and took 20 months, the official opening taking place in April 2009. With the other four factories it is a cornerstone of ABB’s plan to have the full range of its products available from manufacturing plant in India by 2013, and to be able to service its global supply chain from there.

Manufacturing at Nelamangala is a mix of locally made parts with components imported from the facilities in Europe. An indicator of the factory’s progress can be deduced from its record of delivery and capability in LV breakers and switches – initially the turn around was 50 days with 22% availability. Now it is three weeks with 78% availability. The aim is to process orders within 5 days and have 100% availability.

Another good example is given by the MV systems equipment. Drives are shipped in and assembled in Bangalore. But some components, aluminium casings for example, are cheaper locally and so is labour. This leads to a cost reduction in the order of 10-20%. Also the timeframe is reduced: before it would take 4-5 months for MV systems but now it is 2-3 months (although dependent on imports from Europe.

Currently therefore the development of ABB’s capacity is for the domestic market. The low cost could lead to exports in future but there is a need to improve productivity. The main problem is infrastructure. There is money available, but rural implementation is a slow process and there are still 600 million people, more than half the population, not connected to a mains power supply. The current rate of electrification is on the face of it quite high – 8000 to 10 000 villages every year – but even at this rate it will take at least 8-10 years to connect everyone to the grid.

In Bangalore ABB has built a research facility with a laboratory for testing process automation and system integration. The approach is to do the tests from a users’ point of view – and the success of this can be gauged from the lab’s success in, for example, picking up compatibility flaws in Microsoft software before its official release, and reporting them back to MS.

The company’s investment in its own local presence is backed up by a slew of orders for grid reinforcement projects. In August it won a $28-million order from Power Grid Corporation of India Limited (PGCIL), for a 400 kV gas insulated switchgear (GIS) substation to strengthen the power transmission network in the country’s western grid. The substation will be located in Navsari, in the western Indian state of Gujarat.scheduled for completion in 2011. And it has just won an order worth $18 million from PGCIL for 765 kV power transformers, part of India’s plans to develop an ultra-high voltage network, and they will be installed at Power Grid’s Satna substation in the central Indian state of Madhya Pradesh. They will be a part of the infrastructure for transmitting power from the planned 3960 MW Sasan ultra-mega power plant. ABB will be responsible for the design, supply, erection, and commissioning of the 333 MVA, 765 kV single-phase autotransformers. Four of the units will be made in Switzerland and the rest will be manufactured at the company’s Vadodara facility in Gujarat, western India. PGCIL is India’s central power transmission utility, and is presently implementing an ambitious programme of grid expansion and modernisation aimed at integrating an additional 37 GW of power to facilitate inter-regional transmission of electricity.

ABB has already made a significant contribution to India’s development of a UHV network, having supplied 765 kV transformers to Power Grid’s Seoni project and National Thermal Power Corporation’s Sipat project. ABB is currently executing turnkey solutions for Power Grid’s 765/400 kV Bilaspur, Agra, Wardha and Seoni substations. And in December it won an order worth $115 million from Bangalore Metro Rail Corp to provide power solutions for the first phase of the Bangalore mass rapid transport system (MRTS), which comprises two main lines covering 42 km of track, about one-fifth of it underground, and serving 41 stations. ABB will design, supply, install and commission four distribution substations, each rated at 66/33 kV, as well as the auxiliary and traction substations.