Extracting the value of digital transformation in power generation

By Kevin Worster, head of power and renewables, Yokogawa  15 Nov 2021

Digital transformation is much talked about and promises significant benefits for the power generation sector. But there’s a long way to go and a pressing need to accelerate digitalisation. How can this be done? 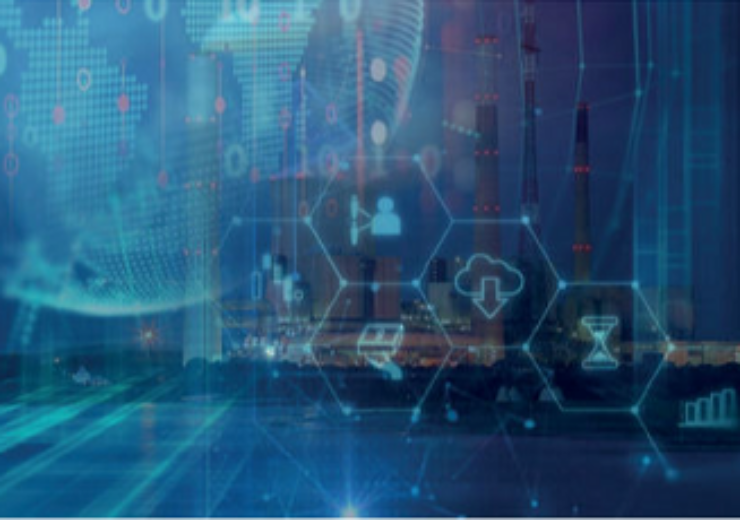 Digital transformation (DX) holds great potential for businesses, not least for those in power generation that provide critical infrastructure to the wider economy. Like many others, this sector is becoming increasingly aware of the profound improvements tech-enabled initiatives can deliver, offering deeper insight, more informed decision-making and better ways of working.

However, it’s fair to say even the most technically advanced organisations have only just begun their transformation journey and few complete use cases exist. One industry study from 2018 found only 28% of power utilities had engaged in some form of DX strategy, while a further 46% said it was a growing area of focus. The remaining 26% thought it was only just gaining traction or still in the early stages of development.

These figures have likely increased in the intervening years but still remain some way off where analysts believe they should be. Indeed, the need to accelerate digitisation across power generation is noted in forecasts issued via the World Economic Forum, which found that cloud-based asset management, real-time platforms data and condition monitoring could deliver at least $100 billion of value each year over a ten-year period.

Given this opportunity, now seems an important time to analyse current approaches to DX and the common challenges faced by those working in power generation. In doing so, these businesses will be able to determine their readiness for change and create a roadmap that addresses their specific needs.

Even before the outbreak of Covid-19, fossil-fuelled power plants faced significant disruption from the increased uptake of renewable energy sources and ambitious decarbonisation targets. The UK, for instance, is scheduled to phase out all coal-fired power production by 2024 as wind, solar and energy storage begins to account for a larger share of the nation’s energy mix.3 While good news for the climate, this energy transition has issued an expiry date for a large amount of existing infrastructure. Businesses no longer want to invest in new plant upgrades, so they are turning to DX to sweat their assets before eventually shutting them down.

Many companies started their DX journey by introducing basic hardware, such as sensors and edge devices, to generate data models that can support better dispatch and maintenance decisions. Those further along have also begun using visualisation tools to manage real-time generation and relay predictive data to control rooms. These approaches, however, are still rooted in operational outcomes and overlook the power of analytics and machine learning (ML) to create data-driven cultures – arguably the most desirable outcome of any DX programme.

Ageing workforces are another key driver, particularly at plants using fossil fuels. These sites depend on legacy assets and established ways of working developed by long-serving staff. The energy transition is now leading many new colleagues to renewables, in turn threatening the loss of an entire generation’s worth of knowledge. Clearly, this is an issue, especially for businesses dealing with natural gas, which is still expected to form part of the energy mix in the coming years.

Well-executed DX programmes can eliminate these gaps in knowledge by making key processes and decision-making more intuitive for new entrants to the industry. Power stations generate vast amounts of asset documentation over their lifecycle. Employees often struggle to reliably identify the correct content, especially when there are duplications. That is the point at which accumulated data becomes unmanageable. By using AI and ML to consolidate disparate information into a single database, end users can access an integrated view of asset information, supporting better decision making, increased hands-on tool time, and a safer working environment.

DX generates the most value when it offers something to stakeholders across the entire business. But getting to this point can be difficult when businesses fail to properly assess their current situation and account for the problems that could arise once solutions have been applied. Without question, data holds the key to a successful, modern power facility, but blind faith in this principle can lead some to adopt technology haphazardly. This approach will inevitably fall short of offering any real value if the raw data collected cannot be interpreted in a meaningful way, leaving businesses with an expensive but ultimately useless system. If a basic truth exists in DX, it’s that data and information should not be treated as one and the same.

Similar problems can be seen with legacy assets like those found in older coal and gas plants. Data can be collected out of most gateways with the introduction of hardware at relatively little cost. Yet, this won’t be necessary in most cases as the equipment will already be monitoring and storing it elsewhere. Historians are often full of useful data – it just needs to be rationalised and presented in an intelligible way so informed decisions can be made.

It’s not hard to see why most would assume older plants are the main barrier to success in an increasingly digital world. But legacy assets are, in fact, less of a problem when compared to legacy data. In a previous role, I worked on a DX programme with a major airport. Early readiness assessments uncovered a large number of disparate databases, many of which were difficult to decipher or inaccessible to the wider business. Major inefficiencies like this are common and serve to highlight the importance of people and processes when designing a programme.

Most organisations simply have too much information flooding into their ERP or CMS, but it’s the lack of structure that creates longer-lasting challenges. ‘Siloed’ databases are entirely reliant on the person who first created them, leaving key decisions in the hands of a single person or small team who could leave with little notice. Even if these spreadsheets are accessible to other colleagues, there’s no guarantee the data engineers use will be coherent or actionable for other key decision-makers, like the CFO or COO.

Beyond this, businesses also have to contend with market realities. DX is becoming saturated and a quick search for ‘cloud-based asset management’ will bring up hundreds of providers – the majority of which are start-ups consisting of small teams of developers. This can make it difficult for organisations to identify a consultancy capable of delivering and maintaining an effective programme. That said, even established providers who install ‘best in class’ solutions across the supply chain may not end up delivering on their promises.

DX is complex, though many of its challenges can be avoided providing businesses engage an experienced consultancy. Yokogawa, for example, has worked on major digital strategies across industry, including oil and gas, chemical and utilities, giving it a unique insight into the digital needs of different markets. The success of this work has been down to a holistic approach that assesses each organisation on its own terms, incorporating people and processes alongside technology rather than applying a ‘one size fits all approach’. The following steps provide a broad overview of the company’s approach.

Benchmarking is a valuable assessment that can determine where an organisation stands on its digital journey. Yokogawa uses the Smart Industry Readiness Index (SIRI), an independent digital transformation assessment framework first developed by the Singapore government. For a power generation company, SIRI will use quantitative analysis to prioritise DX or Industry 4.0 initiatives that deliver the highest return and provide performance insights mapped against industry peers.

Current data practices are then examined to understand what’s being collected and where it’s being stored. This stage will also establish stakeholder information and carry out a cost-benefit analysis for each potential intervention. This avoids unnecessary data collection, sometimes termed ‘paralysis by analysis’.

DX is a daunting challenge with many interdependent factors, and there is no one-size-fits-all solution for end-users. When done correctly, however, it can deliver future-proofed change. Yokogawa’s consultative approach will identify digital opportunities and align them with an organisation’s strategic goals, putting processes in place that deliver long-term ROI.

This overview only touches on the key points but gives some idea of the preparation necessary to deliver value in today’s power market. DX is a disruptive exercise but one that is vital for the future. Not only does it maximise return on assets planned for phase-out, but also lays the groundwork for distributed, weather-dependent production that will take centre stage in the coming years.