The International Energy Agency’s report has provided recommendations for Estonia's transition away from a heavy reliance on oil and towards using lower-carbon, renewable energy sources 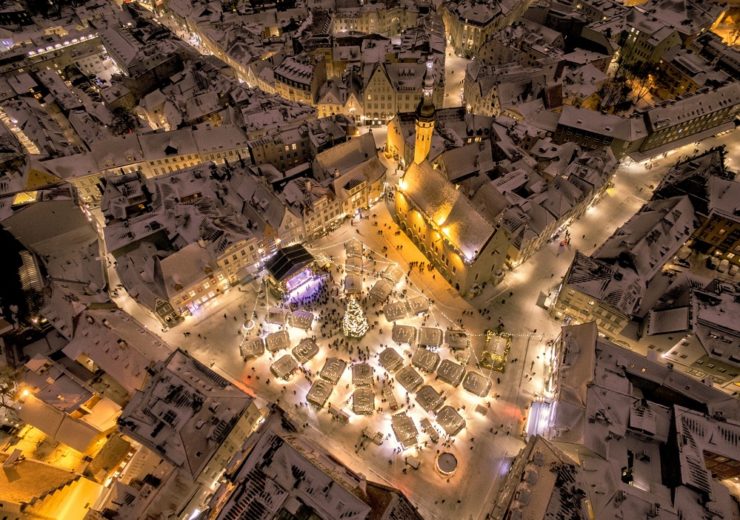 Estonia is looking to diversify its energy sources

Estonia has a unique mix of energy sources because of its heavy reliance on domestically-produced oil shale, an energy-rich sedimentary rock that can be used for producing liquid fuels or burned for heat and power generation.

Although this provides the Baltic country with a strong degree of energy self-sufficiency, it also leads to it having the highest carbon intensity of all IEA members.

A notable energy transition is now on the cards, though, according to a new report by the International Energy Agency (IEA), in which Estonia will seek to create environmental benefits from extracting different liquid fuels from its oil shale reserves.

The IEA’s executive director Dr Faith Birol said: “This transition represents a major economic and social challenge, and we recommend that it be supported by identifying cost-effective pathways for the decarbonisation of the energy sector.”

The country has already achieved its mandatory emissions reduction and renewable energy targets for 2020, but overall energy consumption began to increase again in 2016.

This has led to the possibility that Estonia could miss its 2020 efficiency target.

Beyond that, with an eye towards 2030, Estonia is entering unknown territory as, for the first time, the country is required to reduce its emissions instead of just containing its growth.

Dr Birol added: “The IEA believes that reaching the ambitious targets for 2030 can be possible but requires more determined action, taking economic and energy security considerations into account.”

So how can Estonia reduce its emissions? We take a look at the IEA’s 2019 review of the country’s energy policies to pick out the main points.

The IEA report says oil shale accounted for 72% of Estonia’s total domestic energy production in 2018 – making it the country’s most important mineral despite having a “considerable environmental impact” and by far the highest CO2 intensity in heat and power generation.

It suggests that Estonia’s transport and power sectors will need to shift to lower-carbon energy sources at some point in the future.

The country’s energy industry is set to move towards extracting higher value from the country’s oil shale resources by producing more liquid fuels, which can also benefit the environment.

It also states that Estonia should regularly monitor progress towards climate goals, take action to rebalance sectorial targets, and strengthen policies and measures to best manage meeting those targets.

In addition, the IEA implored Estonia to commit to not facilitating any new oil shale-fired power generation plants to avoid a carbon lock-in.

A previous feed-in support scheme led to an increase in wind power deployment, which reached 5.2% of electricity generation in 2018.

However, wind power deployment in Estonia has now slowed dramatically, with only 10 megawatts (MW) of new capacity in 2016 and no new projects deployed in 2017 or 2018.

The IEA states that Estonia’s transition to competitive auctions should support accelerated wind power deployment, with the power source already being one of the cheapest technologies and the cost of both onshore and offshore wind projects continuing to decline.

The report said that the IEA “welcomes Estonia’s transition to competitive auctions”, and that it believes they can be an “effective mechanism to support continuing growth of renewables”.

Re-examine the role of solar PV in meeting energy targets

The report recommends that Estonia re-examines the role that solar photovoltaic (PV) can play in meeting renewable energy targets and the potential impact that substantial PV deployment could have on the electricity system and market.

This includes a need to reconsider technology-neutral auctions where wind and PV generation compete solely on the basis of price.

The IEA believes PV and wind offer complement each other as energy sources.

It said simultaneous development could lead to an increase in renewable energy that is more cost-effective and easier to manage when it comes to managing electricity supply, as opposed to trying to reach the renewable energy target by over-relying on just one of those technologies.

The IEA said the rapid cost reductions will mean that “PV projects will be competitive players in Estonia’s reverse auction process and could result in the first deployment of multi-megawatt PV systems in Estonia before 2020”.

The main challenge for Estonia ahead of the transition to a cleaner energy future is the decarbonisation of its transport sector.

It is not on track to meet short-term emissions and energy efficiency targets, so the IEA recommends that the government reviews the energy taxation of all fuels to better reflect their carbon emissions.

This would accelerate the switch to low-emission technologies, primarily in the transport sector.

Estonia has also been encouraged to develop a comprehensive plan for reducing emissions in the transport sector by 2030, and review them regularly to take any corrective measures that may be required.

Following the expansion of regional energy infrastructure and an improvement in relations between Estonia and neighbouring countries since it joined the EU in 2004, the IEA says it’s now well placed in the European energy system – which brings significant energy security benefits.

Instead of pursuing energy independence as a major policy target, the report recommends that Estonia works with its neighbours to find solutions in the market to diversify and secure its energy supply.