Short-duration storage in the form of batteries has been an investment focus in GB in the last few years. Now attention is turning to storage on other timescales and the role of hydrogen, writes Janet Wood 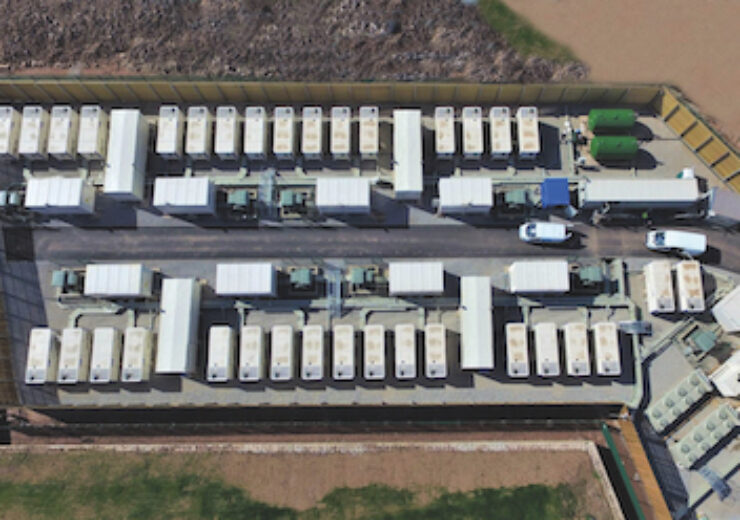 The UK has built several GW of battery storage over the last few years, which is largely providing short-term reserve and frequency support, with batteries responding over a few seconds or minutes. Batteries with an hour’s storage have been the norm, with a shift towards slightly longer timescales – two hours – over the last year.

System operator NGESO has set up a number of new markets around reserve and response, where short-duration storage is making its mark. But now NGESO is looking towards longer duration storage to address a looming set of issues as the UK moves towards a renewables-led system. Alex Hart, EV and storage manager at NGESO, explained the system operator’s view of progress at a recent meeting on medium-duration energy storage hosted by the UK’s Institution of Mechanical Engineers.

He said the system operator had identified seven services that would be required and it had already made progress with five – managing frequency, stability (inertia), voltage, thermal constraints and restoration (sometimes known as ‘black start’). Storage was playing a major role in markets for several of these services already, and is being trialled at the moment for the others, such as black start, where Hart said “Storage is probably going to be a critical part”.

The two issues next on NGESO’s agenda are flexibility and adequacy, which both need to be in place by 2030. For NGESO, flexibility means specifically “moving supply and demand within time,” Hart said, and especially between different times of the day (ie ‘within day’). “Some of that will be [load shifting using] electric vehicles, heat pumps or appliances. If that is not enough, storage is well-placed to supply it,” he said.

So-called ‘medium duration storage’ developers were keen to respond and the meeting heard details about several options. They included familiar options such as pumped hydro storage, as well as options at various stages of development such as compressed air or liquid air storage, thermal storage and carbon dioxide storage. All were keen to stake a claim for a place in what Hart described as the need to “move a vast amount of energy around” in the future.

The most testing issue was adequacy, which for NGESO has two aspects. First is having substantial storage ready for events that happen fast, such as losing a large power station or interconnector. The other is preparing to manage variation over the longest time scales, which may be seasons, years or decades. This aspect of adequacy has to cover options available for low renewables availability over seasons or weeks – and even longer timescales and durations.

But in Northern Europe and the UK, that means occasional late winters when there can be two or more weeks of cold, still days with no wind power available to meet winter-level needs.

Hydrogen has been seen as a potential answer to this need, both because it can be stored and because it is an energy vector. But funding any form of storage for these ‘one in 20-year’ events is problematic because of its low utilisation rate. “You need a lot of storage and it spends a lot of time doing nothing. Can you make that economic? How do you set up market arrangements to get the investment you need?”, asked Hart.

Recently storage developers have been in discussion with the government over adapting a ‘cap and floor’ regime similar to that used for many GB interconnectors. This would mean consumers underwrite the development, but profits are capped. Continuing revenue arises from tolling fees when power is transmitted across the interconnector (or in the case of storage, charged or discharged).

Do we already have the capacity?

If hydrogen is the solution to long-duration energy storage, as well as being a useful vector at other times, a key question to be addressed is where the hydrogen will be stored, and ready for use.

Hart raised that question in his discussion of the issue, asking what financial model could prompt companies to build and charge a hydrogen store and keep it in that situation of readiness for a decade or more, so it can be available for that ‘one in the 20-year event’.

But of course, the industry is not starting from zero. There is a hydrogen economy in existence in the industrial sector. And there are huge gas stores in use – but not for hydrogen.

One apparently obvious solution is to use existing natural gas storage and convert it for hydrogen. The existing natural gas storage in northern Europe is extensive – and the invasion of Ukraine has put it under the spotlight. Can natural gas caverns be used for hydrogen? It is an attractive idea. There is a huge capacity existing, and they take up little land space. Existing caverns are away from the biosphere and hydrosphere and they are leak-tight – although that assumption would have to be redetermined for hydrogen.

The technical implications were discussed at a second meeting, also held in March at the IMechE, with the support of the University of Nottingham and the UK’s Energy Research Accelerator. On the critical question of whether caverns could be repurposed, delegates heard that it was possible. But the process has 15-20 steps that involve: removing equipment suitable for methane storage and installing a series of temporary well heads and other equipment; successively flooding the caverns with brine (to remove the remaining methane) and nitrogen; several steps in between, such as carrying out sonar surveys; installing wellheads and other equipment to handle the new hydrogen stock; and finally filling the cavern.

As for the cost and time involved, that is not clear. Dollars or euros, it starts at several million for the technical conversion process summarised above. But there are non-technical questions. What happens to any gas inventory that is currently in the cavern? Who pays for the hydrogen needed to fill the cavern? To that might be added the cost of transporting the hydrogen to and the cavern to fill it, and from the cavern to potential customers, if the local gas grid is not ready to support it. What is involved in maintaining the high purity levels of the hydrogen used in industry, given that caverns may have water or other contaminants?

The timescale is another open question. The technical conversion might take up to 18 months, the meeting heard. But permitting and licensing may be much slower, especially if the existing cavern does not already have permits for processes such as meeting water requirements or disposing of brine. That can take years.

It should be said that existing caverns are not the only option for underground hydrogen storage. Another option presented at the conference envisaged a series of engineered caverns where hydrogen was stored at high pressure and shallow depths. The ‘cavern’ is a void encased in successive layers of rock, drainage, reinforced shotcrete and high-grade steel. These would have the advantage that they could be used at many more sites – but they are at the demonstration stage, with just one in operation in Sweden to store methane.

At the moment, most of these options are speculative. The war in Ukraine may see them move to a more active investigation phase.