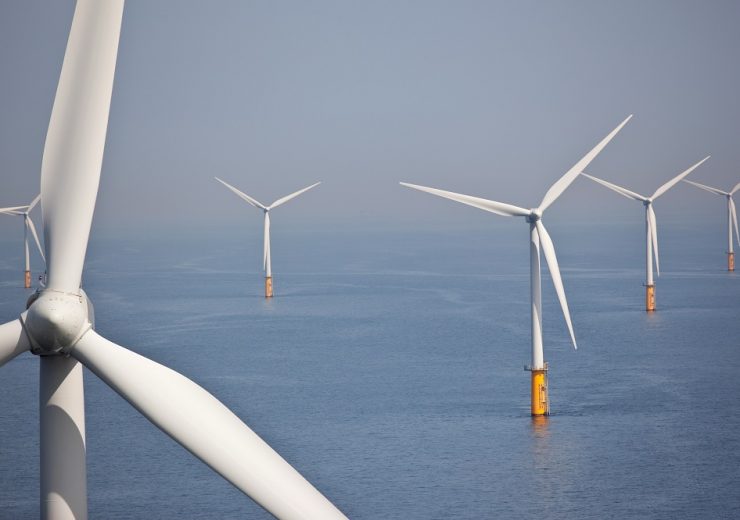 The wind farm in the UK North Sea is being built in three stages (Credit: Tuen van den Dries/Shutterstock)

Along the coastline of north-east England, preparations are well underway to develop what will become the world’s largest offshore wind project, the Dogger Bank Wind Farm.

Located 130km offshore and scheduled for full completion in 2026, the site will generate enough electricity to supply 5% of UK demand – equivalent to six million households – and make a big contribution to the country’s aim of cutting 68% of its carbon emissions by the end of the decade, and achieving net zero by 2050.

It will add significant new capacity to the UK’s already considerable offshore wind fleet – already the world’s largest at around 10.2 gigawatts (GW) – as the country targets 40GW installed capacity by 2030.

The waters surrounding the UK coastline are continuing to attract keen interest from offshore wind developers, with a recent seabed leasing auction receiving bids far higher than had initially been expected.

A recent assessment by the Office for National Statistics noted a 3,612% increase in the value of marine renewable energy production in UK waters between 2008 and 2018, and placed the value of offshore wind energy generation in 2018 at £296m ($407m).

Amid the growing interest for new offshore wind projects in the UK, the first development phases of the Dogger Bank Wind Farm are progressing steadily, and are expected to deliver first electricity to the grid in 2023.

Dogger Bank Wind Farm is being developed in three stages: A, B and C – each of which will have an individual generating capacity of 1.2 GW, giving the overall project a total capacity of 3.6 GW upon completion, capable of generating 18 terawatt hours (TWh) of electricity annually.

Planning consent was granted in 2015 after leasing rights to develop the area – situated in the southern North Sea – were awarded in 2010.

Financial close for the first two stages was taken in November 2020, and is expected for the third phase in late 2021.

Phases A and B, which each require capital expenditure of around £3bn ($4.1bn), are being constructed simultaneously, with first power expected by summer 2023 and summer 2024 respectively.

Eni bought its stake in the two projects for £405m ($557m) in December 2020 as part of its plans to diversify its business amid the low-carbon energy transition.

Equinor and SSE Renewables each hold a 50% ownership of the third project stage, Dogger Bank C, which will be built separately from the first two phases and is expected to be completed by 2026.

SSE is leading the development and construction of Dogger Bank, while Equinor will be the lead operator once the wind farm is commercially active and for the duration of its estimated 35-year lifetime.

The offshore development zone of all three stages spans approximately 8,660 square kilometres off the UK’s East Yorkshire coastline, in water depths ranging from 18m to 63m.

Dogger Bank A is the closest to shore at around 131km off the coastline, and is being developed over a 515 square-kilometre area. Dogger Bank B has the largest footprint of the three at roughly 699 square kilometres.

Both of these sites will connect to the grid via subsea cables leading to the Creyke Beck substation near to the city of Hull.

Dogger Bank C is the furthest offshore – around 196km out to sea – and will connect to the Lackenby substation in Teesside, England.

An operations and maintenance (O&M) base for the project is planned for construction in the Port of Tyne in the north-east of England, while GE Renewable Energy plans to build a turbine-manufacturing facility in Teesside where it will produce the turbine blades to be installed at the project.

GE Renewable Energy is supplying 190 units of its 13 megawatt (MW) Haliade-X turbines for phases A and B, making Dogger Bank the first to wind farm in the world to use the massive 248m-tall, 220m-rotor turbines.

The manufacturing company has also been selected as the preferred turbine supplier for phase C, where it will debut its 14 MW Haliade-X models, currently the most powerful on the market.

Aberdeen-based North Star Renewables – an offshoot of North Star Shipping which developed its offshore energy experience in the oil and gas sector – will provide three service operation vessels (SOVs) to the venture.

These SOVs, to be chartered to the Dogger Bank team for a ten-year period from 2023 onwards, will be used by engineers and technicians as they spend weeks offshore performing work on the turbines at each of the three development sites.