On a $24m upgrade of the Ewen Maddock Dam, work is being carried out by women who are full-time on-site in numerous engineering positions 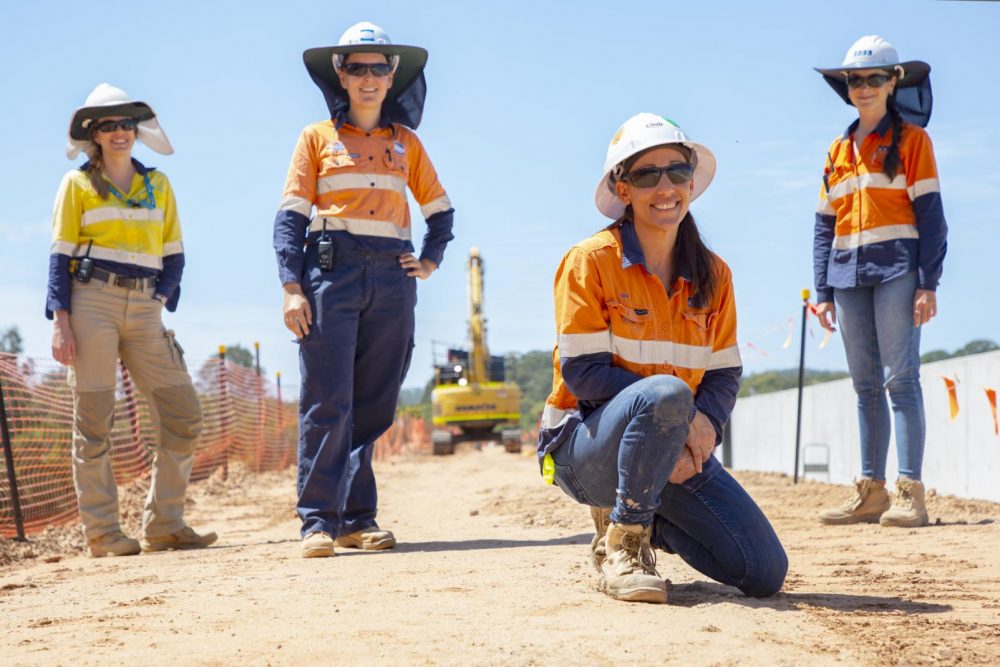 International Water Power & Dam Construction (IWP&DC) magazine takes a look at how the Ewen Maddock Dam upgrade project in Queensland, Australia, is showing the growing presence of women in engineering.

Female engineers might be under-represented within the construction sector, but at a major dam upgrade project on the Sunshine Coast, women are breaking stereotypes and leading the way.

On a $24m upgrade of the Ewen Maddock Dam, work is being carried out by women who are full-time on-site in numerous engineering positions such as geotechnical engineers, civil engineers and environmental engineers.

Of the three engineers state-owned dam operator Seqwater has working on the project, two are female.

Sunshine Coast-based contractor Hall Contracting, who has been carrying out construction on the 18-month first stage of the upgrade, has four women working in key roles to deliver the project, including two engineers.

And design consultants GHD, who delivered the detailed design and are owner’s engineer on-site during the construction works, have an engineering team made up of about 50% women who are working on the project.

Seqwater principal dam engineer Anna Hams said it was encouraging to see greater diversity in gender represented on such a significant project. “As an engineer, I have certainly noticed a shift over the past decade in terms of more women pursuing engineering as a career,” said Hams.

“In the past, women were discouraged from undertaking studies in the fields of math and science, which ultimately lead to less of an interest in engineering during tertiary studies and beyond.

“Retention in the field was compromised as there was a lack of mentoring and career development opportunities as well as the view that having a career break to have children meant that your engineering career was concluded.”

Ms Hams said she believed having a diverse group of people working on projects offered different perspectives and approaches to solving problems to enable effective delivery and enhanced ways of working.

She said one in four people working in engineering roles at Seqwater were female.

According to a report by Engineers Australia, the proportion of women in the engineering labour force has gradually risen from 10.6% in 2006 to 13.6% in 2016.

Hall Civil Engineer Georgia Kelly, who is also working on the Ewen Maddock Dam upgrade project, said she had sought a career in engineering because she felt it was a line of work that suited her strengths.

“I hadn’t considered engineering as a career option until a friend of mine pointed me in that direction,” she added. “The more I learned about it, the more it interested me. I was aware that it was a male-dominated industry but never let that discourage me from pursuing a career in the field.”

Kelly, who graduated from the University of the Sunshine Coast with a Bachelor of Engineering in 2019, said she had been fortunate enough to work on numerous civil projects at sites such as Pelican Waters and Stockland Aura in Caloundra.

The Ewen Maddock Dam upgrade began in March 2020 to strengthen the existing embankment and increase the dam’s floodwater capacity to bring it in line with modern engineering design standards. Improvements will also be made to the dam’s recreation facilities.