Climate fight: How Europe prepares for crucial decade with “Fit for 55” package

On 14 July, the European Commission adopted the “Fit for 55” package of proposals, aiming “to make the EU's climate, energy, land use, transport and taxation policies fit for reducing net greenhouse gas emissions by at least 55% by 2030, compared to 1990 levels” 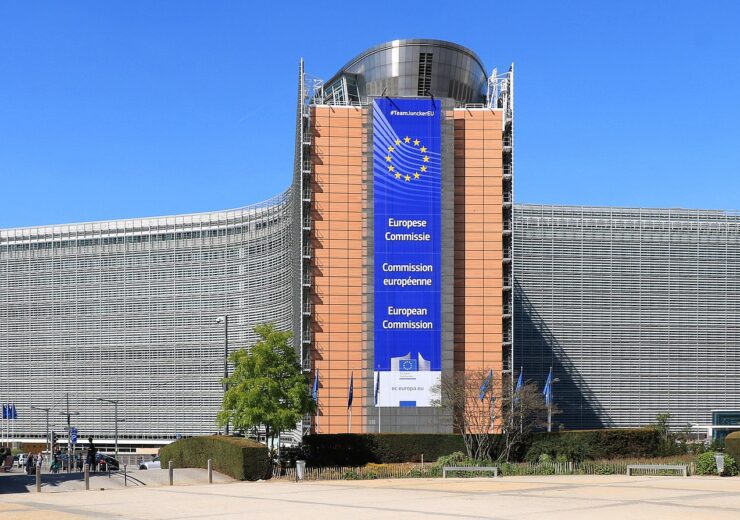 Achieving these emission reductions in the next decade is crucial to Europe becoming the world’s first climate-neutral continent by 2050 and making the European Green Deal a reality, says the Commission.

The proposals will enable the necessary acceleration of greenhouse gas emission reductions in the next decade, it says. They combine: application of emissions trading to new sectors and a tightening of the existing EU Emissions Trading System; increased use of renewable energy; greater energy efficiency; a faster roll-out of low emission transport modes and the infrastructure and fuels to support them; an alignment of taxation policies with the European Green Deal objectives; measures to prevent carbon leakage; and tools to preserve and grow natural carbon sinks.

– The EU Emissions Trading System (ETS) puts a price on carbon and lowers the cap on emissions from certain economic sectors every year. It has successfully brought down emissions from power generation and energy-intensive industries by 42.8% in the past 16 years. The Commission is proposing to lower the overall emission cap even further and increase its annual rate of reduction. The Commission is also proposing to phase out free emission allowances for aviation and align with the global Carbon Offsetting and Reduction Scheme for International Aviation (CORSIA) and to include shipping emissions for the first time in the EU ETS. To address the lack of emissions reductions in road transport and buildings, a separate new emissions trading system is to be set up for fuel distribution for road transport and buildings. The Commission also proposes to increase the size of the Innovation and Modernisation Funds.

-To complement the substantial spending on climate in the EU budget, member states should spend the entirety of their emissions trading revenues on climate and energy-related projects, the Commission says, and a dedicated part of the revenues from the new system for road transport and buildings should address the possible social impact on vulnerable households, micro-enterprises and transport users.

-The Effort Sharing Regulation assigns strengthened emissions reduction targets to each member state for buildings, road and domestic maritime transport, agriculture, waste and small industries. Recognising the different starting points and capacities of each member state, these targets are based on their GDP per capita, with adjustments made to take cost efficiency into account.

-Member states also share responsibility for removing carbon from the atmosphere, so the Regulation on Land Use, Forestry and Agriculture sets an overall EU target for carbon removals by natural sinks, equivalent to 310 million tonnes of CO2 emissions by 2030. National targets will require member states to care for and expand their carbon sinks to meet this target. By 2035, the EU should aim to reach climate neutrality in the land use, forestry and agriculture sectors, including also agricultural non-CO2 emissions, such as those from fertiliser use and livestock. The EU Forest Strategy aims to improve the quality, quantity and resilience of EU forests. It supports foresters and the forest-based bioeconomy while keeping harvesting and biomass use sustainable, preserving biodiversity, and setting out a plan to plant three billion trees across Europe by 2030.

-Energy production and use accounts for 75% of EU emissions, so accelerating the transition to a greener energy system is crucial. The Renewable Energy Directive will set an increased target to produce 40% of EU energy from renewable sources by 2030. All member states will contribute to this goal, says the Commission, and specific targets are proposed for renewable energy use in transport, heating and cooling, buildings and industry. To meet both climate and environmental goals, sustainability criteria for the use of bioenergy are strengthened and member states must design any support schemes for bioenergy in a way that respects the “cascading principle” of uses for woody biomass.

-To reduce overall energy use, cut emissions and tackle energy poverty, the Energy Efficiency Directive will set a more ambitious binding annual target for reducing energy use at EU level. It will guide how national contributions are established and almost double the annual energy saving obligation for member states. The public sector will be required to renovate 3% of its buildings each year to drive the renovation wave, create jobs and bring down energy use and costs to the taxpayer.

-A combination of measures is required to tackle rising emissions in road transport to complement emissions trading. Stronger CO2 emissions standards for cars and vans will accelerate the transition to zero-emission mobility by requiring average emissions of new cars to come down by 55% from 2030 and 100% from 2035 compared to 2021 levels. As a result, all new cars registered as of 2035 will be zero-emission. To ensure that drivers are able to charge or fuel their vehicles at a reliable network across Europe, the revised Alternative Fuels Infrastructure Regulation will require member states to expand charging capacity in line with zero-emission car sales, and to install charging and fuelling points at regular intervals on major highways: every 60 km for electric charging and every 150 km for hydrogen refuelling.

-The tax system for energy products must safeguard and improve the Single Market and support the green transition by setting the right incentives, says the Commission. A revision of the Energy Taxation Directive proposes to align the taxation of energy products with EU energy and climate policies, promoting clean technologies and removing outdated exemptions and reduced rates that currently encourage the use of fossil fuels. The new rules aim at reducing the harmful effects of energy tax competition, helping secure revenues for member states from green taxes, which are less detrimental to growth than taxes on labour.

-Finally, a new Carbon Border Adjustment Mechanism will put a carbon price on imports of a targeted selection of products to ensure that ambitious climate action in Europe does not lead to ‘carbon leakage’. This will ensure that European emission reductions contribute to a global emissions decline, instead of pushing carbon-intensive production outside Europe. It also aims to encourage industry outside the EU and our international partners to take steps in the same direction.

These proposals are all connected and complementary, notes the Commission. This balanced package, and the revenues it generates, are needed to ensure a transition which makes Europe fair, green and competitive, sharing responsibility evenly across different sectors and member states, and providing additional support where appropriate.

While in the medium- to long-term, the benefits of EU climate policies clearly outweigh the costs of the transition, climate policies risk putting extra pressure on vulnerable households, micro-enterprises and transport users in the short run. The design of the policies in the package therefore aim to fairly spread the costs of tackling and adapting to climate change.

In addition, carbon pricing instruments raise revenues that can be reinvested to spur innovation, economic growth, and investments in clean technologies. A new Social Climate Fund is thus proposed to provide dedicated funding to member states to help citizens finance investments in energy efficiency, new heating and cooling systems, and cleaner mobility. The plan is to finance the Social Climate Fund via the EU budget, using an amount equivalent to 25% of the expected revenues from emissions trading for building and road transport fuels. It will provide an estimated €72.2 billion of funding to member states over the period 2025-2032. With a proposal to draw on matching member state funding, the fund would mobilise €144.4 billion for a socially fair transition, says the Commission.

The benefits of acting now to protect people and the planet are clear, says the Commission: cleaner air, cooler and greener towns and cities, healthier citizens, lower energy use and bills, European jobs, technologies and industrial opportunities, more space for nature, and a healthier planet to hand over to future generations. “The challenge at the heart of Europe’s green transition is to make sure the benefits and opportunities that come with it are available to all, as quickly and as fairly as possible. By using the different policy tools available at EU level we can make sure that the pace of change is sufficient, but not overly disruptive.”

The European Green Deal, presented by the Commission on 11 December 2019, sets the goal of making Europe the first climate-neutral continent by 2050. The European Climate Law, which entered into force in July 2021, enshrines in binding legislation the EU’s commitment to climate neutrality and the intermediate target of reducing net greenhouse gas emissions by at least 55% by 2030, compared to 1990 levels. The EU’s commitment to reduce its net greenhouse gas emissions by at least 55% by 2030 was communicated to the UNFCCC in December 2020 as the EU’s contribution to meeting the goals of the Paris Agreement.

As a result of the EU’s existing climate and energy legislation, the EU’s greenhouse gas emissions have already fallen by 24% compared to 1990, while the EU economy has grown by around 60% in the same period, decoupling growth from emissions. This “tested and proven legislative framework” forms the basis of the new package of proposals.

The EU’s long-term budget for the next seven years will provide support to the green transition, according to the Commission, with around 30% of programmes under the €2 trillion 2021-2027 Multiannual Financial Framework and NextGenerationEU dedicated to supporting climate action. Some 37% of the €723.8 billion (in current prices) Recovery and Resilience Facility, which will finance member states’ national recovery programmes under NextGenerationEU, is allocated to climate action, the Commission notes.

To become EU law the proposals must be adopted by the EU parliament and the Council of the EU. “Considering the highly controversial nature of at least some of the proposals and the expected social and economic impact, we can expect fierce negotiations stretching until 2023”, suggest Alice Boldis and Christian Lütkehaus of Pinsent Masons. “So while the package gives an indication of the expected regulatory changes, it remains to be seen what the final legal framework will look like.”

President of the European Commission, Ursula von der Leyen said: “The fossil fuel economy has reached its limits…Europe walks the talk on climate policies through innovation, investment and social compensation.”

Executive vice-president for the European Green Deal, Frans Timmermans said: “This is the make-or-break decade in the fight against the climate and biodiversity crises…our proposals will spur the necessary changes, enable all citizens to experience the benefits of climate action as soon as possible, and provide support to the most vulnerable households. Europe’s transition will be fair, green and competitive.”

Commissioner for economy, Paolo Gentiloni said: “We are updating our two-decades old energy taxation rules to encourage the use of greener fuels and reduce harmful energy tax competition. And we are proposing a carbon border adjustment mechanism that will align the carbon price on imports with that applicable within the EU. In full respect of our WTO commitments, this will ensure that our climate ambition is not undermined by foreign firms subject to more lax environmental requirements. It will also encourage greener standards outside our borders. This is the ultimate now or never moment. With every passing year the terrible reality of climate change becomes more apparent…we confirm our determination to act before it is really too late.”

Commissioner for energy, Kadri Simson said: “Reaching the Green Deal goals will not be possible without reshaping our energy system – this is where most of our emissions are generated.”