For China to meet its 2060 carbon-neutral goal, it will need a 75% increase in electricity demand to replace fossil fuels - which equates to a staggering $6.4tn investment in new power generation capacity 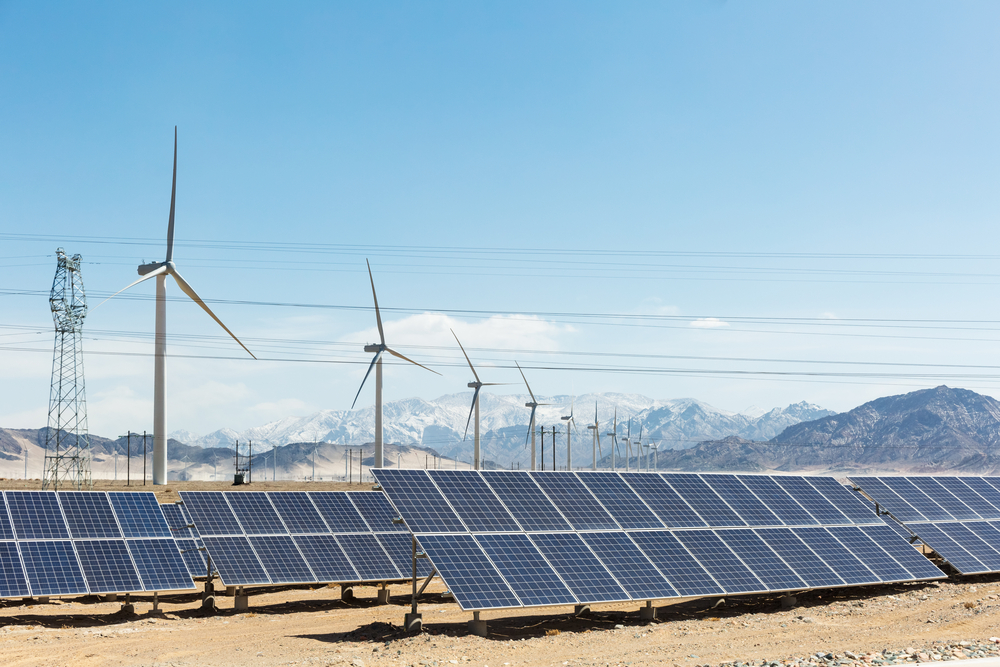 While nuclear power will have a “role to play”, China's energy growth will primarily come from solar, wind and storage (Credit: Shutterstock/chuyuss)

As China aims to reach carbon neutrality by 2060, its green ambitions could complement the nation’s energy security and economic goals, says an industry report.

The analysis by Wood Mackenzie said that when faced with a fractured global trading system, China’s leadership has responded with “dual circulation” – an economic manifesto focusing on more secure supply chains, growing the domestic market, and improving export competitiveness.

The energy researcher notes that at the same time, when the country was being pressured by global climate change movement and escalating domestic pollution woes, the world’s largest emitter announced its carbon neutrality goal for 2060.

Wood Mackenzie research director Miaoru Huang said: “When President Xi Jinping announced the country’s carbon-neutrality goal, he was not simply saying that China would adjust its energy mix to reduce emissions. He was giving notice of the complete transformation of its economy and how it produces, transports, and consumes energy.

“This transformation or ‘dual circulation’ is the pivot point to China’s balancing act on its climate change goals, energy security concerns and economic ambitions.”

Wood Mackenzie senior economist Yanting Zhou said the nation’s carbon-neutrality pledge aligns closely with the dual circulation goals of increased capital efficiency and greater self-reliance through “dominance of clean-energy resources” and the technologies that will also “drive large-scale domestic manufacturing”. He added that the country aims to ensure that the energy transition is stamped “Made in China”.

On its current trajectory (not accounting for carbon neutrality), China’s oil import dependency would exceed 80% by 2030, while half of its natural gas supply would be imported.

But, the pursuit of carbon neutrality halves its oil demand by 2040 compared with Wood Mackenzie’s base case, with demand almost eliminated by 2050.

For China to meet its carbon-neutral goal, it will need a 75% increase in electricity demand, compared to the energy researcher’s base case, to replace fossil fuels. That equates to a staggering $6.4tn investment in new power generation capacity.

While nuclear power will have a “role to play”, the report highlights that growth will primarily come from solar, wind and storage.

For China, building the production capacity is the easy part. The country is already the world’s largest manufacturer of wind turbines and dominates global solar module production, with about two-thirds of photovoltaic (PV) panels produced domestically. Chinese manufacturers also own significant capacity overseas.

The nation also leads the supply and processing of most of the raw materials needed for batteries and other zero-carbon technologies. Three-quarters of global lithium-ion battery production, half of the world’s electric vehicles and almost 70% of all solar panels are made in China.

“The difficult part is ensuring a secure and competitive supply of raw materials for this growth,” said Zhou. “This includes the five essential metals – copper, aluminium, nickel, cobalt and lithium.

“Most notably, China’s dependence on foreign miners for its copper supply is a major concern. This has fuelled the country’s determination to seek greater control of other raw materials.”

Essential for electricity transmission, wiring and wind turbines, the country’s domestic and overseas equity production of mined copper is just 16% of what it needs, leaving it net short of 7.5 million tonnes a year at current demand levels, according to Wood Mackenzie.

Despite a decade of Chinese investment in overseas copper assets, it said western mining majors “continue to dominate”.

“If China can replicate its current global market share in battery and solar-panel production across the entire future value chain of clean energy, it would transform global energy supply, trade and industry,” added Zhou.

He said that as more countries and corporates jump onto the “net-zero bandwagon”, concerns over China’s potential dominance are rising.

He added: “If meeting expensive climate goals can only be achieved by buying materials and technology from China, how can governments around the world reconcile this with the promise of economic revival that comes with green deals and a clean-energy revolution?”

But Huang believes China is “changing the world”. He said that a decade of state-directed investment has already put the nation at the front of the grid when it comes to the critical resources and technologies essential to zero-carbon electricity and mobility.

“And, just as the rest of the globe will need China to help it decarbonise, China will need others to support its transition,” added Huang.

In the race to lead clean energy, China has the first-mover advantage. But through continuous innovation, investment and cooperation, Wood Mackenzie believes all countries can prosper.