With the increasing risk of wildfires from bare electrical lines, Australia’s DNOs are turning to covered conductors to protect communities. This is proving to be a cost-effective way to manage bushfire risk and enhance reliability 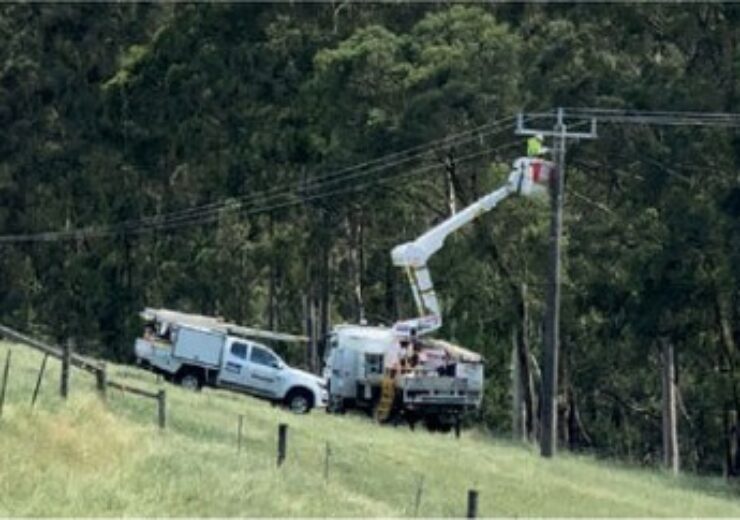 The above photograph shows Amokabel covered conductor installations in Australia

Australia’s distribution network operators (DNOs) are taking action to reduce the risk of bushfire, with fire seasons becoming longer and more intense – a trend attributable to climate change. The 2019/20 bushfire season caused immediate damage worth around AU$2 billion (US$1.6 billion). But when account is taken of less tangible impacts, eg, on healthcare and loss of future production, costs may rise to AU$100 billion (US$80 billion).

The chances of arcing or sparking on any single span are slim. However, the impact can be significant.

A bushfire can start when a tree branch drops onto a live overhead cable, if a pole falls or lines clash. Alternatively, high winds can cause a power line to fall into dry vegetation.

Applying the lessons from Black Saturday

That is what happened in the state of Victoria in February 2009, igniting the Kilmore East fire. This was the most serious of a series of fires that became known as the Black Saturday bushfires. Together, these resulted in the loss of 173 lives, more than 7500 people being displaced and huge losses of livestock, agricultural and business assets.

The Victorian government took swift action in the wake of Black Saturday, establishing a Royal Commission to investigate. It reviewed policies, procedures and standards for everything from building codes and tree cutting to electrical system design and operation.

One of the outcomes of the Royal Commission is that DNOs now have a mandate to reduce the bushfire risk from electrical lines by controlling fault currents and protecting lines from the elements with a physical barrier.

However, a challenge is that Australia has one of the lowest population densities in the world and as a result, its utilities need long lines stretching over large distances to serve customers. They use three-phase grids for more densely populated areas and single wire earth return (SWER) networks for cost-effective distribution to remote communities.

With power continuity being vital for many customers, DNOs are following the Royal Commission’s recommendations to minimise faults that might lead to arcing. For example, they have a rigorous approach to clearing trees and vegetation and inspecting customer connections. In addition, they switch off automatic reclosing on lines during the peak fire season.

They have two additional technologies to choose from to further de-risk their networks.

The first option is undergrounding. This significantly reduces bushfire risk as the lines are buried underground with little interface with dry vegetation. The challenge is that undergrounding is capital-intensive and is therefore best suited to high-risk bushfire areas.

The other option is to use covered conductor for overhead lines in place of conventional bare wire. The insulated jacket acts as a protective barrier that encapsulates the conductor. Not only does this prevent the release of sparks and reduce fire risk, but it also improves reliability as it prevents faults arising in the first place. It also dramatically reduces the risk of members of the public or wildlife coming into contact with the conductors.

Covered conductor is well established as a solution in Australia but DNOs have used it sparingly. That is because previous standards relied on heavy-duty materials as insulation. This made lines heavy, utilities had to upgrade poles and add extra poles, as well as creating a challenge for installers when handling and stringing lines in the field.

A new generation of covered conductor has been developed with lightweight insulation and has huge potential for both three-phase and SWER lines.

It is suitable for restringing on existing poles and can be delivered for 25% of the cost of undergrounding or less, depending on the ground conditions. In addition, as utilities start to install covered conductor on a ‘business as usual’ basis, costs will reduce further as the supply chain develops local warehousing, greater efficiencies of scale and local technical support.

In addition, a study by CSIRO (Commonwealth Scientific and Industrial Research Organisation) found that this type of covered conductor reduces bushfire risk by 98%.

This makes it the most cost-effective solution for bushfire mitigation from electrical lines. Furthermore, it has a design life of 40 years – the same as bare wire.

New-generation covered conductor is used widely around the world. It is particularly well established in Scandinavia, where it carries power to remote communities in densely forested regions. Like Australia, the covered conductor avoids faults arising from weather, wildlife and trees falling.

Meanwhile, it is used in the Middle East to protect lines from erosion and corrosion in coastal desert areas.

Utilities in India also use it along wildlife corridors, where elephants feed from leaves growing at the same level as power lines. With covered conductor in place, the elephants face reduced risk of electrocution.

Seeing an opportunity to deploy the technology in Australia, consultancy Groundline Engineering secured funding from Victoria State Government to develop a new type of covered conductor specially for the Australian market. It then partnered with Amokabel to develop the new product.

Groundline Engineering’s director, Ian Flatley, explains: “The environment in Victoria is particularly harsh. We have high ambient temperatures in some areas, as well as low temperatures in some rural and mountainous regions. We also have extremely strong UV exposure that the insulation material needs to withstand. 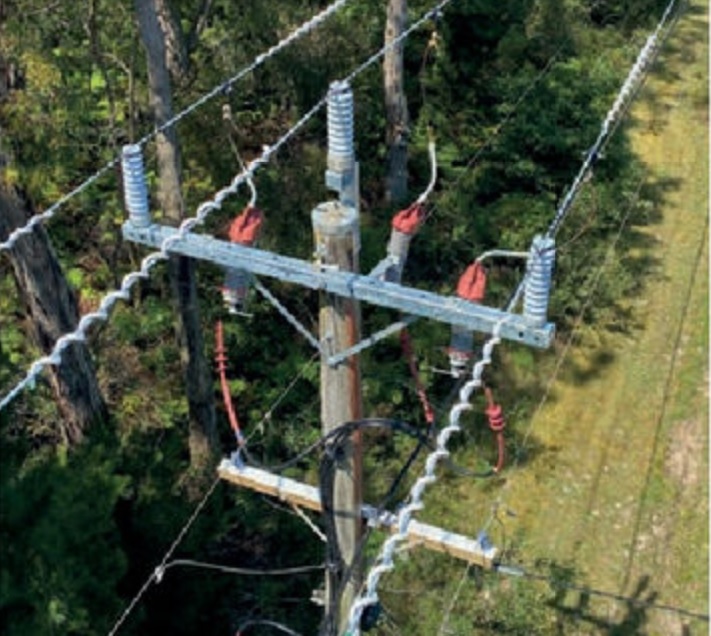 “The insulation material also needs to cope with abrasion that may take place when the wind rubs a line against a tree branch or tree trunk.

“We chose Amokabel as a partner as they have extensive experience in covered conductors and are able to offer flexibility to help their customers develop tailored products.

“They worked with us to develop a new covered conductor with three layers. A semi-conductive inner layer provides flexibility, and a high-grade electrical insulator forms the middle layer. Lastly, a tough polymer material is used as the outer layer to withstand mechanical abrasion as well as UV radiation from the intense sunlight.

“We then delivered an extensive programme of testing at Swinburn University to check for resistance to UV, abrasion, electrical and mechanical testing in South East Australian environmental conditions. The cable met or exceeded all the requirements under Australian and international standards, as well as project-specific requirements.”

Three sizes of covered conductor were then introduced. The smallest has a 25 mm2 cross section, employing a steel conductor, and was developed specifically for the country’s rural and remote areas, where loads are smaller and galvanised steel conductors are often used.

The mid-sized version is a standard product with a 62 mm2 cross section. It is intended as a direct replacement for aluminium alloy conductor (AAC) and aluminium conductor steel reinforced (ACSR) lines.

The largest is an all aluminium alloy conductor (AAAC) sized 159 mm2. It can be used as a direct replacement for multi-phase AAC distribution networks in urban, semi urban and rural areas.

The first utility to install the new form of covered conductor was United Energy. This DNO serves more than 660 000 customers via its 13 000 km network in eastern and south eastern Melbourne, and the neighouring Mornington Peninsula. 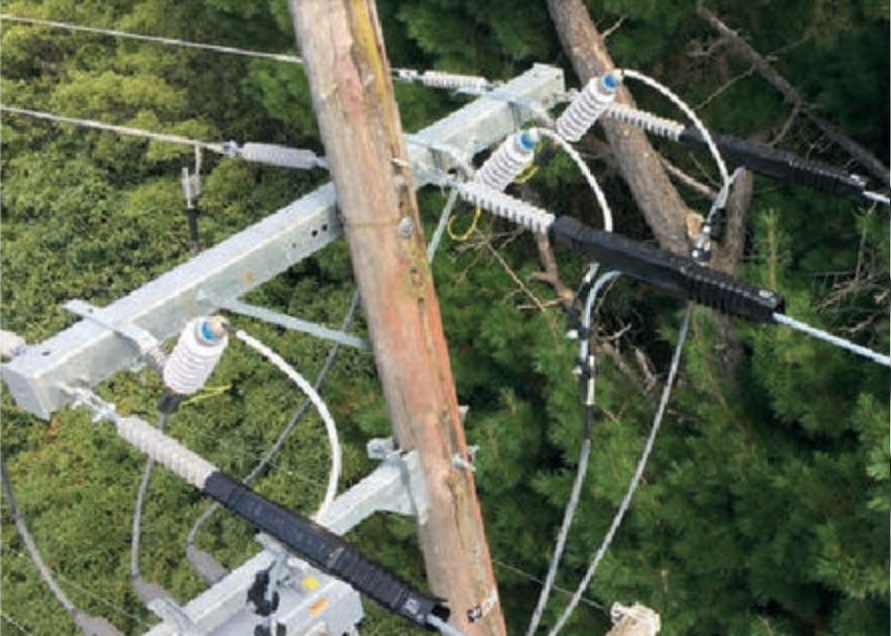 It wanted to evaluate the conductor on its three-phase and SWER networks so selected two trial sites, in the towns of Mordialloc and Cape Schanck, which are south east of Melbourne.

Groundline Engineering installed covered conductor at the two sites in 2016 and these have been operating successfully ever since.

Building on this experience, United Energy has adopted covered conductors elsewhere on its network, focusing on high-risk bushfire areas.

For example, the utility has used the technology on two of the longest spans in its network. With conventional bare wire, long spans like these have elevated risk of clashing in high winds, raising fault conditions and creating sparks.

The 270 m and 330 m spans in question run through a heavily vegetated area of Mornington Peninsula where adding new poles would be extremely challenging.

Another utility, Powercor, has also adopted covered conductor and is experimenting with larger projects.

Powercor is Victoria’s biggest utility, with 820 000 customers and a network of 88 000 km. In May 2021, it upgraded a total of 50 km of its SWER line with covered conductor near the towns of Geelong and Bendigo.

With the Victorian Royal Commission having recommended that utilities focus on protecting lines running through areas where bushfire risk is highest, there is huge potential for the country’s SWER lines, which total about 200 000 km in length, including through areas at extremely high risk of bushfire.

Covered conductor is the only economically viable solution to protect these communities from bushfire, but it also protects reliability and continuity of supply.