Tracking the latest biomass developments across the world 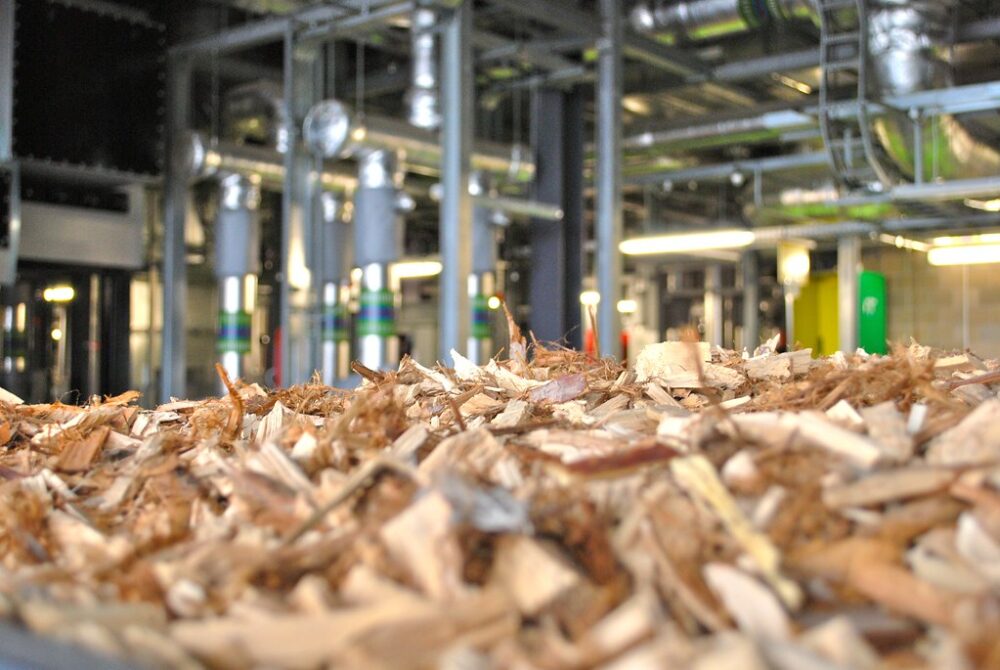 Doosan Lentjes has been awarded a contract to build "lot 1" of a new 200,000 tonnes a year waste wood combustion plant in Dinslaken, Germany (Credit: Flickr/Department of Energy and Climate Change)

Biomass has been identified around certain quarters of the world as a potential source to help provide sustainable power as part of the global energy transition. Here, Modern Power Systems magazine takes a look at the latest biomass developments.

It is part of an industry-academia collaboration that will study a selection of appropriate biomass fuels and their combustion properties, as well as equipment modifications needed, as part of an effort to make use of Indonesia’s abundant biomass resources. The aim is to draw up a roadmap for promoting biomass co-firing in Indonesia, including the realisation of a pilot plant.

The Indonesian government’s current energy policy aims to increase the share of renewables in the energy mix and decrease CO2 emissions by 29% by 2030, with reduced use of fossil fuels. A central role is seen for biomass co-firing at existing coal-fired power plants.

Over the past 50 years or so, Mitsubishi has built about 18 GW of power generation capacity in Indonesia, including combined cycle gas turbines (CCGT), geothermal and coal.

Doosan Lentjes has been awarded a contract by DHE (Dinslakener Holz-Energiezentrum) to build “lot 1” of a new 200,000 tonnes a year waste wood combustion plant in Dinslaken, Germany. The order comprises the turnkey delivery, installation and commissioning of two incineration lines on a chute-to-stack basis, with start-up expected in mid-2023.

The facility will comply with European BREF emissions limits. Acid gases, hydrocarbons and heavy metals will be treated and separated in a Circoclean® gas cleaning system, while selective catalytic reduction will deal with nitrogen oxide.

Gerhard Lohe, product director of waste-to-energy at Doosan Lentjes, said: “Originally used in traditional waste-to-energy applications, we will adapt our grate technology to the combustion properties of biomass fuels…Furthermore, the plant will be the first of its kind to comply with the new BREF requirements.”

Doosan Lentjes also reports that, in consortium with its parent company and Korean EPC provider, Doosan Heavy Industries & Construction (DHIC), it has been awarded a turnkey contract to deliver a new waste-to-energy (WtE) plant in Olsztyn, Poland.

It is the first WtE project to be jointly implemented between DHIC and the German engineering subsidiary. The new plant will again employ Lentjes’ water-cooled reciprocating grate technology.

Contracted by the plant owner and operator, Dobra Energia dla Olsztyna, and co-funded by the EU, the consortium will deliver the entire one-line plant including combustion grate, boiler and dry Circoclean flue gas cleaning, plus SCR (meeting BREF limits, as Dinslaken). Civil works and two gas-fired peak load boilers along with site management will be part of the Olsztyn supply.

Commenting on DHIC/Lentjes collaboration, Gerhard Lohe said: “Customers can…expect an interface-optimised delivery of the project from one source…The joint entry into the global WtE market now represents the next step in the exploitation of synergy effects within the [Doosan] Group.”

The new Olsztyn plant, scheduled to be completed in 2023, will be capable of processing up to 110,000 tonnes of refused derived fuel (RDF) per year.

Covering about 30% of the district heating demand in the region, the new plant will help to compensate for the heat loss that will accompany the closure, in the near future, of the Michelin tyre company’s nearby coal-fired plant, ensuring “a continuously reliable and secure supply of district heating to the local citizens”. The new plant will also help reduce the landfill space required for waste disposal.

Mariusz Marciniak, Doosan Lentjes’s director for central and eastern Europe, said: “The new plant in Olsztyn will be a milestone in improving the waste management infrastructure in Poland.

“It is the eighth plant of this type to be built in the country and it is crucial for achieving the objectives of the EU waste hierarchy. This hierarchy gives priority to energy recovery from waste over simple landfill and, thus, requires the energy potential of solid waste to be harnessed.

“One of the eight plants, the one in Krakow, was built with the involvement of Doosan Lentjes as the technology provider for both grate and boiler…and has been reliably converting municipal waste from the Krakow region into energy since 2013. Doosan Lentjes will apply the experience gained in Krakow to this second project.”

Spanner Re² GmbH has expanded its wood-fuelled gasifier combined heat and power (CHP) offerings with the new HKA 600 plant, rated at 0.6 megawatts electric (MWe) and about 1.2 MW thermal.

Spanner Re², which describes itself as “one of the first biomass power plant manufacturers to produce wood gasifiers in series production”, notes that its first plant was 30 kilowatts electric (kWe).

Today it offers “solutions from 30kW to 4MW electrical, including the entire periphery such as conveyor technology, fuel dryers and planning components such as project planning and on-site services”, while its patented technology has clocked up over 40,000,000 operating hours.

The HKA 600 is a turnkey wood-fuelled power plant, including gasifier, CHP equipment, conveyers and wood chip dryer. The storage bunker just “needs to be filled with wood chips”, the other process steps “such as drying, charging and discharge are automated and controlled according to demand”.

Spanner Re² notes that its gasification-based concept is capable of higher electrical efficiency than combustion-based CHP.