Africa's bauxite production in 2019 was more than 66 million metric tonnes, most of which was produced in the West African country of Guinea 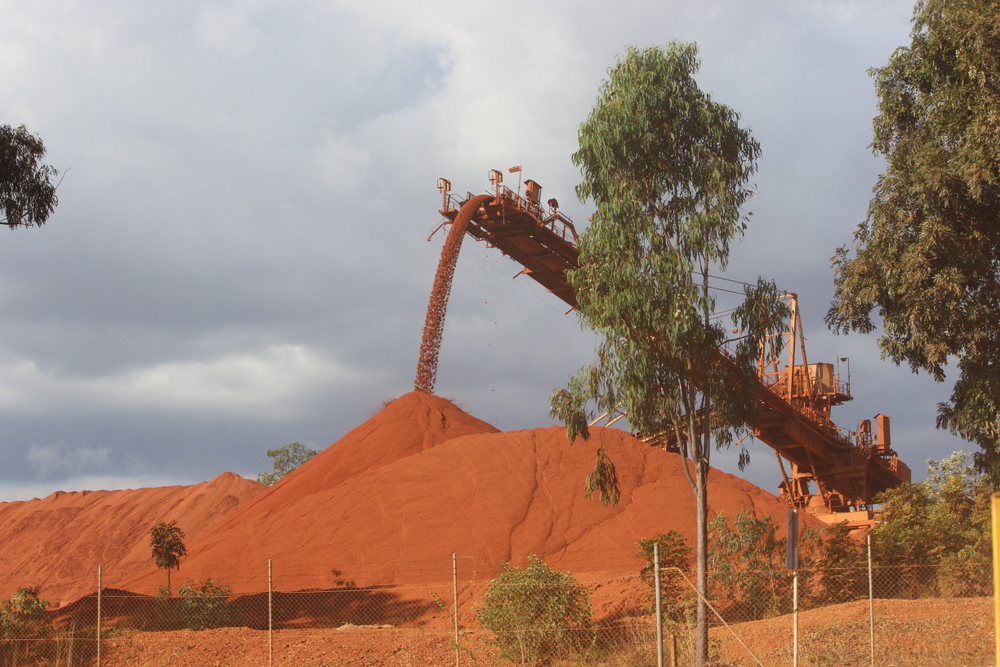 About 85% of the bauxite produced in the world is converted into aluminium because of its various industrial uses (Credit: Shuterstock/Belinda Turner)

Guinea and Mozambique are two of the top four bauxite exporting countries in Africa.

The sedimentary rock, which was first discovered by French geologist Pierre Berthe in the early 1800s, is the world’s primary source of aluminium and gallium.

About 85% of the bauxite produced in the world is converted into aluminium because of its various industrial uses. The aluminium derived from bauxite is used in everything from foil for packaging, to vital components in automobiles, solar panels and aerospace technology.

Recent findings revealed that at least one-third of the world’s proven bauxite reserves can be found in just three African countries – Ghana, Sierra Leone and Guinea.

According to Statista.com, Africa’s bauxite production in 2019 was more than 66 million metric tonnes, most of which was produced by Guinea.

Guinea, which possesses at least a quarter of the world’s known bauxite reserves, is the top bauxite exporting country in Africa with 64 million tonnes (Mt) in 2019.

Alongside ranking as the third-largest country in the world for annual bauxite production, it is also the fifth-largest exporter of the ore behind Australia, China, Brazil and India.

The Sangaredi mine, which is Guinea’s biggest bauxite producer, is owned by Compagnie des Bauxites de Guinée – a joint venture between the Guinean Government (49%) and US firm Halco Mining (51%).

Some of the major bauxite mining companies plying their trade in the West African country are the Guinean-Chinese consortium SMB-WAP and Guinea Alumina Corporation S.A. – owned by Emirates Global Aluminium.

About half of the nation’s exports of the ore are bought by Spain, Ireland and Ukraine, and more than half of China’s imports come from Guinea. It also exports nearly 50% of all global seaborne bauxite.

International trade data records project that Guinea may have experienced a 3% rise in 2020 on the 64Mt exported in 2019.

Better known for its diamonds, Sierra Leone also has a significant bauxite mining operation and exported about 1.73Mt of the ore in 2019 – placing it second on the list.

Sierra Minerals, the nation’s second-largest mining employer, is the sole owner of Sieromco Bauxite – the only bauxite mine in the country. It is estimated to hold about 31Mt of reserves.

Most of the West African country’s bauxite deposits are found in the south on the Freetown Peninsular and in the north at Kamakwie and Makumre.

But experts estimate a somewhat positive 2020 despite the Covid-19 pandemic, with a growth projection of more than 2%, which could result in bauxite exports reaching about 1.77Mt.

Since the 1960s, Ghana planned to form an integrated bauxite and aluminium industry as part of its industrial development.

The West African nation, which is the top gold mining country in Africa, is the continent’s third-largest bauxite exporter with 1.4Mt in 2019 – down from 1.8Mt the previous year.

The country also holds the third-largest reserves of the ore in Africa at an estimated 960 million metric tonnes – most of which is found in the regions of Awaso, Kyebi and Nyinahin.

A $2bn agreement with China could see the development of another bauxite venture in Ghana, which would give rise to not only alumina refineries but also railway and road infrastructure to transport the ore.

Mozambique is the fourth-largest bauxite exporter in Africa with 8,870 tonnes in 2019, following a 20% increase on 2018’s figures.

The southern African country holds an estimated 2Mt of bauxite reserves. Its Mina Alumina mine, which is based in the Manica Province, has been tapped continuously since 1935.

The family-owned mine has the capacity to produce about 12,000 tonnes per year. But, in 2016, production dropped to about 3,000 tonnes due to the economic and financial crisis in the country and in neighbouring Zimbabwe, its main market of export.

Mozambique’s bauxite exports are projected to have risen by 19% in 2020, though – taking its total figures to about 10,547 tonnes.