The plant will also be capable of processing commercial and industrial waste and construction and demolition waste, which will be sourced from a range of sources including local councils in the Perth metropolitan area 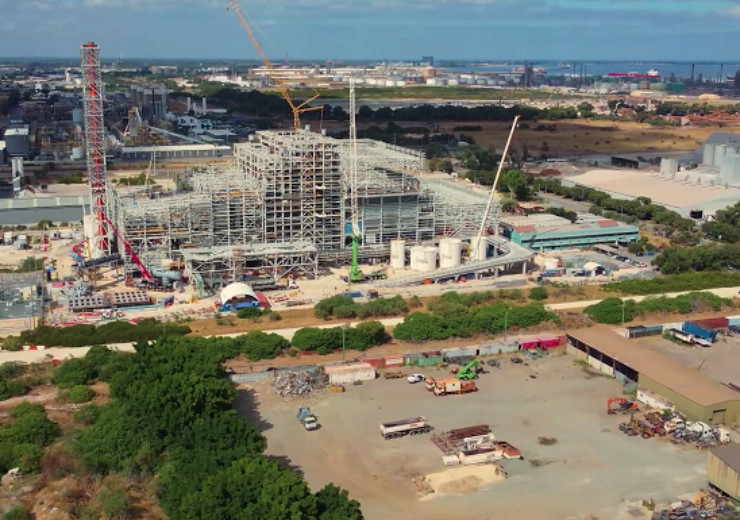 While the concept of waste-to-energy is well established in many countries, Australia is not one of them. However, this is about to change with the Avertas Energy thermal waste-to-energy plant in Australia. As the picture above shows, the Avertas Energy WtE facility in Western Australia – described as “the first facility in Australia to integrate recovery and reuse of waste with the generation of electricity” – is taking shape.

Located in the Kwinana industrial area, about 40 km south of Perth, Avertas Energy will process around 486 000 tonnes per year of residual (post recycling) MSW (municipal solid waste) – which would otherwise be sent to landfill – and deliver 36 MW of baseload power to the grid. It will also produce ash byproducts useable as construction materials, and recover over 6000 tonnes per year of metals not normally recovered by other means.

As well as MSW, the plant will also be capable of processing commercial and industrial waste and construction and demolition waste. The waste will be sourced from a range of sources including local councils in the Perth metropolitan area.

The project has the ability to generate large scale generation certificates (LGCs) for eligible feedstock in accordance with Australia’s Clean Energy Regulator requirements.

The A$700 million waste-to-energy facility will use Keppel Seghers air-cooled grate technology with a vertical boiler, a design configuration that aims to achieve efficient energy recovery and good operational reliability.

Keppel Seghers technology may not have been previously used in Australia but it is employed in more than 2000 facilities globally, including more than 100 waste-to-energy plants in 18 countries. Keppel Seghers, which is providing the technology under a EUR 70 million contract – the scope of which includes the core equipment, design and technical services for the plant’s furnace, boiler and flue gas treatment equipment – is a member of the Keppel Infrastructure group, the environmental technology arm of Singapore-based Keppel Corporation.

The Avertas Energy plant is being built by an EPC consortium led by Acciona (designer and constructor) and will be operated under a 25-year O&M contract by Veolia, which already operates over 60 waste to energy plants globally.

The steam turbine for the Avertas Energy facility – a 45 MW DST-G20 single-body type – is being designed, manufactured and delivered by Pilsen-based Doosan Škoda Power, which will also be responsible for providing technical assistance during the assembly and subsequent commissioning of the facility.

Doosan Škoda says Avertas is its first contract in the Australian market and sees it as a “stepping stone to other planned energy-from-waste projects in Australia.”

The Avertas Energy project was initiated by Phoenix Energy as long ago as 2009, and subsequently co-developed with Macquarie Capital.

Macquarie and DIF have provided $A275 million of equity finance, while a group of financial institutions and the Australian government’s Clean Energy Finance Corporation (CEFC) have provided $A400 million in debt finance, with CEFC committing up to $90 million towards the project. In addition, the Australian Renewable Energy Agency (ARENA), also a government entity, contributed a grant of $23 million towards project development.

The Avertas Energy facility is expected to be the first of a number of waste-to-energy projects planned in Australia, which is estimated to produce more than 23 million tonnes of municipal solid waste annually. In developing the Avertas project, Phoenix estimated that, “on average, a wheelie bin placed on a verge for collection contains enough waste to produce up to 14% of a household’s weekly power needs.”