The analysis by university researchers shows that 535,000 US citizens have been exposed to oil and gas “flaring” events, resulting in potentially serious health risks 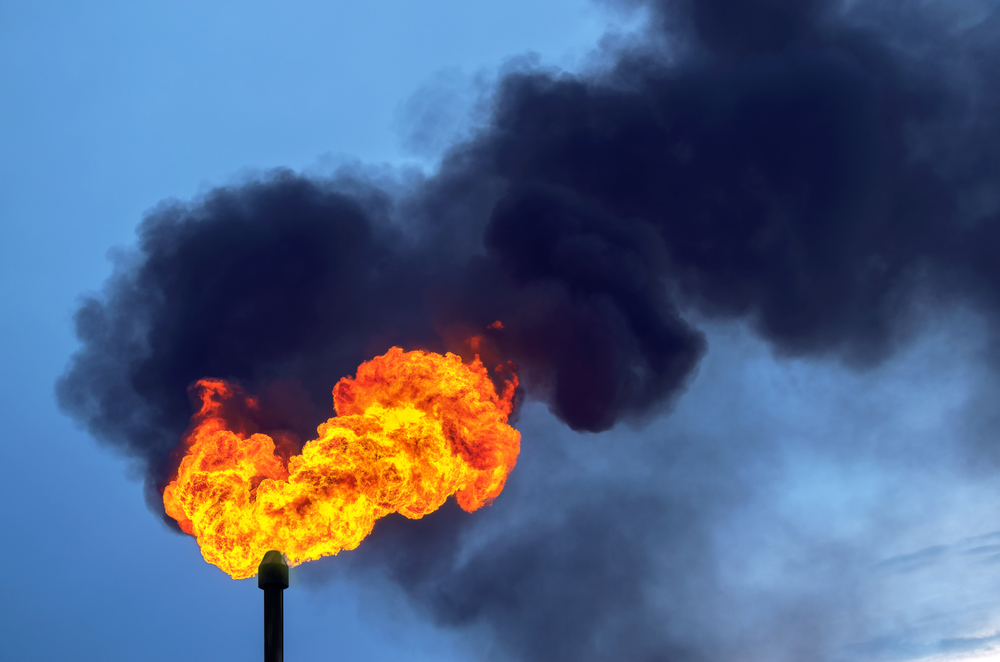 Flaring is used during the exploration, production and processing of fossil fuels (Credit: Shutterstock/Leonid Ikan)

More than 500,000 Americans live within three miles of natural gas flares, a study has revealed.

The analysis by researchers from the UCLA Fielding School of Public Health and the University of Southern California shows that 535,000 US citizens have been exposed to oil and gas “flaring” events – the burning off of excess natural gas at production sites – resulting in potentially serious health risks.

The report, which was published in the peer-reviewed journal Environmental Research Letters, found that three basins in the US are responsible for most flaring activity in the lower 48 – the Permian in Texas and New Mexico, Western Gulf/Eagle Ford in Texas, and the Williston/Bakken Shale in North Dakota and Montana.

“There is growing evidence linking residence near unconventional oil and gas operations with negative health impacts for nearby residents, including impacts on fetal growth and preterm birth,” said Dr Lara Cushing, assistant professor of environmental health sciences at the UCLA Fielding School of Public Health.

“This includes our recent finding that living within about three miles of flaring is associated with increased risk of preterm birth.”

Exposure to natural gas flaring can lead to a range of health issues, study claims

Flaring is used during the exploration, production and processing of fossil fuels and is common in oil-producing areas where natural gas recovered with the oil cannot be used commercially.

Along with links to preterm births and other adverse birth outcomes, it said these pollutants contribute to the development and exacerbation of asthma, effects on the respiratory, cardiovascular, and nervous systems, as well as cardiopulmonary problems and cardiovascular mortality.

The researchers found that the three regions have high levels of poverty and large populations of people of colour, including Native Americans in North Dakota and Montana – particularly members of the Mandan, Hidatsa, and Arikara Nation living on the Fort Berthold Indian Reservation – and Blacks and Hispanics in Texas and New Mexico.

“We found that a significant number of Black, Indigenous, and Latinx people live near flaring. High rates of poverty and other barriers to health in rural areas – such as a lack of access to health care – could worsen the health effects of flaring-related exposures.”

The researchers used data from the US Energy Information Administration (EIA) to define the boundaries of all oil and gas shale plays in the contiguous US. The data was updated in 2016 and includes 47 shale plays within 28 basins that intersect 714 counties across 28 states.

The team estimated the density of nightly flares (count per square km) across all 28 basins, and then narrowed the study area and further refined estimates in the three basins with the most flaring activity.

These three basins cover 86 counties in four states – 31 counties in the Permian (four in New Mexico and 27 in Texas), 25 in the Western Gulf, and 30 in Williston (eight in Montana and 22 in North Dakota).

Well data used in the report was restricted to horizontal- and directional-drilled wells that were actively producing during the study period, which took place between March 2012 through to February 2020.

Demographic data from the 2010 US Census and a national dataset of building footprints were used to identify populations living near flaring and to assess their demographic characteristics at the smallest census geography available – the census block, as well as county-level population data from the 2018 American Community Survey to evaluate changes in population since 2010.

During the eight-year study period, the researchers said there were about 31,000 actively producing unconventional oil and gas (UOG) wells in the Permian Basin, 28,000 in the Western Gulf Basin, and 18,000 in the Williston Basin.