A report by the International Energy Agency says that to minimise the adverse effects and enhance Africa’s resilience to climate change, hydropower is needed in the continent 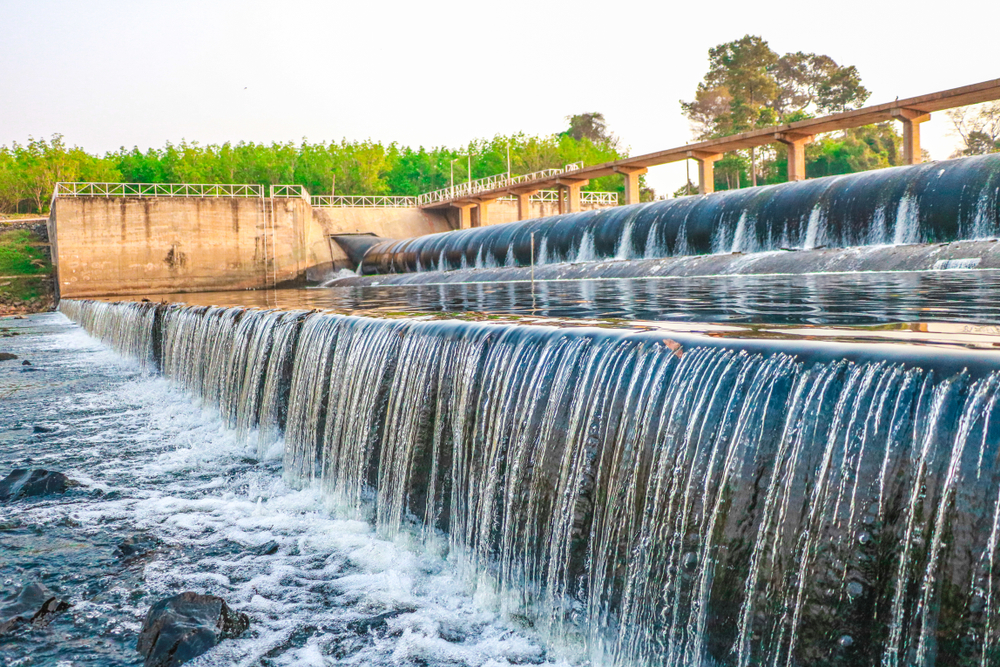 With only 11% of its hydropower potential utilised, Africa has enormous potential to develop new schemes (Credit: Shutterstock/Sangpeht Surat)

New hydropower construction and modernisation is starting to become increasingly under the spotlight in Africa. Here, International Water Power & Dam Construction (IWP&DC) magazine takes a look at the latest industry developments in the region.

A report released last year by the International Energy Agency (IEA), Climate Impacts on African Hydropower, says Africa is projected to experience increasing climate hazards for the remainder of the 21st century, which could pose a challenge to hydropower generation across the continent.

But, to minimise the adverse effects and enhance Africa’s resilience to climate change, hydropower is needed, says the report.

With only 11% of its hydropower potential utilised, the continent has enormous potential to develop new schemes. In Togo, Africa-focused power company Themis recently announced it will help develop the Tetetou 50-megawatt (MW) baseload hydropower project on the Mono river, part of an agreement it had entered into with the Ministry of Mines and Energy of Togo back in October 2019.

This landmark project is set to start construction by the end of 2021 and will generate about 262 gigawatt-hours (GWh) of energy each year to feed into the national grid. It will also contribute to addressing Togo’s vulnerability to energy imports, which account for 40% of the energy injected into the grid.

Themis is also working with Ivoire Hydro Energy and the Africa Finance Corporation on construction of a 44MW hydropower plant on the Bandama River in Cote d’Ivoire.

All project studies have been completed to ensure the scheme meets the requirements of the African Development Bank Operational Safeguards and IFC Performance Standards.

An Environmental and Social Impact Assessment study has been completed and resettlement experts were engaged to develop and oversee implementation of the resettlement action plan.

Once completed, the project is expected to provide approximately 217GWh of affordable, low-carbon energy per year. With the Côte d’Ivoire energy mix currently consisting of 70% thermal generation, the project will make a significant contribution to the country’s transition to a low-carbon economy.

Themis says the incorporation of a competitive cost-reflective tariff structure is expected to have a positive impact on the cost of electricity in Côte d’Ivoire, delivering long-term value and affordability for energy consumers.

“Themis is proud to have led the delivery of a successful financial close for the Singrobo-Ahouaty hydroelectric plant,” said Anvaripour. “This not only represents an industry first for West Africa, but also a landmark achievement for Themis, representing the second African power project we have closed in our relatively short, five-year history.

“This project will produce affordable, low-carbon energy and deliver a long-term, positive impact for both the environment and the local community.”

Other hydropower developments in Africa

A flagship dam construction project in Guinea is nearing completion. After more than four years of work the Souapiti hydropower scheme is entering its final phase of completion.

The development includes the creation of a 6.2 billion m3 capacity reservoir that will make it possible to regulate the inflow from the Konkouré River, concentrated during the wet period which runs from the beginning of July to November.

By December 2020, civil engineering work for the dam was practically completed and final filling of the reservoir had begun. Assembly of the hydroelectric plant equipment is also continuing, along with electrical work to connect the Kaleta substation. Three of the four Francis turbines have been fully installed and assembled.

Tractebel has been overseeing control and supervision work on the hydroelectric development project since it started in April 2016. The company also provided assistance with completion of the Environmental and Social Impact Assessment and the Resettlement Action Plan.

The Government of Tanzania has applied for a loan from the African Development Bank to finance the Malagarasi Hydropower project in Western Tanzania.

The proposed 49.5-MW scheme will have an average annual energy production of 181GWh and provide power for the local region of Kigoma and beyond.

Bidding documents for the project are expected to be available in June 2021.

It’s not just new projects that are of interest across the continent. Modernisation work is also being carried out. In January, Austrian plant engineering group Andritz announced it has been contracted to modernise one generation unit at the 578.4-MW Jebba hydroelectric power plant on the Niger River.

The Jebba plant is located in Niger State, in the north-central part of Nigeria and was commissioned in 1985. It is situated 100km downstream of the Kainji hydroelectric plant and is equipped with six fixed blade propeller type turbines with a generating capacity of 96.4MW each.

Five of the units at the plant are available for generation while the sixth is out of operation as a result of a major fire that occurred in April 2009. The new equipment will repower the plant, boost the energy production of Nigeria and provide much needed energy to the people of the country.

Andritz’s scope of supply and services comprises the entire electro-mechanical and hydro-mechanical equipment for unit 2G6 including a 96.4-MW turbine, a 103 MVA generator, transformer, outdoor switchyard and accessory equipment, as well as the intake gate.

The objectives of the general rehabilitation programme are an extension of equipment service life for the next 40 years, improving the reliability, and ensuring compliance of the frequency and voltage regulation with the national grid code.

Valued at more than €30m ($36m), the contract has been awarded by Mainstream Energy Solutions Limited – a privately owned power generating company in Nigeria incorporated in 2011 and licensed to operate the Kainji and Jebba Hydroelectric Power Plants through a concession agreement with the Federal Government of Nigeria. Commissioning is planned for end of 2023/ beginning of 2024.

Late last year, Andritz also announced it had received an order – as part of a consortium with VINCI Construction – for the supply of electro-mechanical equipment for the new Sambangalou hydropower dam in the Senegalese region of Kédougou, bordering Guinea.

Andritz’s scope of supply includes the complete “from water-to-wire” solution, including three Francis turbines with a total output of 128MW, generators and all other equipment required.

Work will begin in the first half of 2021 and is scheduled to last two years. At the peak of activities, the overall site will employ up to 1,000 people recruited and trained locally.

The Sambangalou hydropower plant will enable the production of renewable energy for the benefit of the surrounding rural localities, the development of irrigation systems for agricultural land as well as the supply of drinking water for the neighbouring districts.

The owner of the hydropower plant is the Gambia River Development Authority, a corporate body formed by the four countries through which the river flows – Senegal, Guinea, Guinea-Bissau and The Gambia.